As most people know by now, this weekend’s Premiership results had quite a few moments of incident as Manchester United swept aside Liverpool and Arsenal put on a masterclass to trounce Reading.

But the highlight had to have been Tottenham’s Jermaine Defoe attempting to take a chunk out of Javier Mascherano’s arm during the club’s 1-0 win, with the West Ham and Argentina midfielder crumpling to the floor in a way that isn’t exactly going to help him win over Premiership fans.

As expected, images have surfaced while Martin Jol has chimed in with predictable calm while Sports Minister Richard Cabourn continued his recent meddling in Premiership matters by asking for the incident to be investigated by the FA. Defoe himself is defensive. Equally predictable is the fact that West Ham supporters are angry especially as, should traitor Defoe have been sent off, it would have happened before Spurs scored their goal. While Tottenham fans see the lighter side while being equally confused as to why Defoe decided to bite someone in the first place. 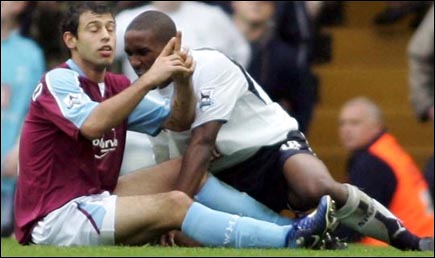 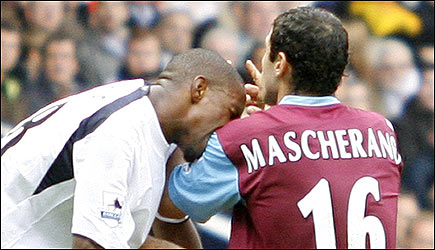 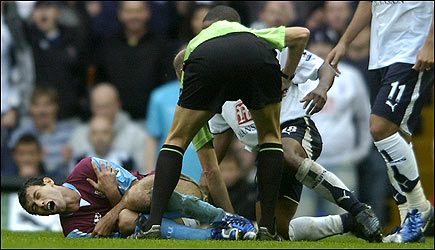