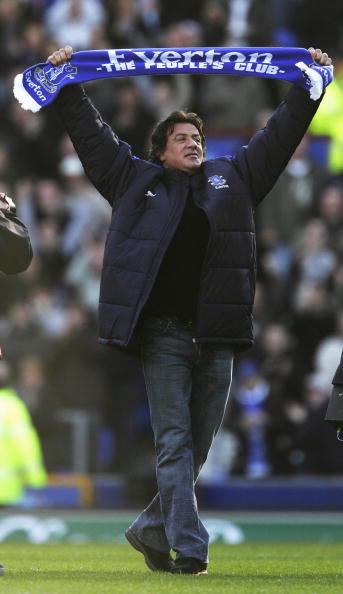 This time, COS reader and Everton supporter Edward has a response to Peter’s article ‘How Can Everton Ever Really Catch Up To Liverpool?‘.

Let’s start off with a correction – Everton are not the younger brother, Everton are older than Liverpool. In fact Liverpool came out of Everton, so any filial references are incorrect – instead I would suggest the comparison between Everton & Liverpool as of that between a host and a tumor.

I also wouldn’t refer to the rivalry between blue and red on Merseyside as a jealous one. Trust me , Evertonians do not want to be like Liverpool, either off the pitch or on it. We do not want to play win at all costs football. I have seen Liverpool go from lascivious lazy Spice Boys, to soporific Orwellian jobsworths – and I dislike them in either form. I have never ever been jealous of that red club that plays on the other side of Stanley Park and the other side of everything Everton stand for.

My teenage memories of Everton were all about Big Dunc scoring against Liverpool, about the jack russell Danny Cadamarteri running Liverpool ragged , and David James’ bovine eyes bulging with panic as he was pickpocketed by him. About taking my best friend (a Liverpool fan) to his FIRST game on Merseyside at Goodison. How horrible is it to wander around in sickly red Liverpool shirts, winning games and tournaments simply by throttling the life out of a game?

Like bloodstains to Lady Macbeth, your red shirts must serve as a painful reminder of what a great team you once were. And here is the point once more just in case you haven’t got it yet: We are not jealous or bitter – we don’t want to be like you in any way, shape, or form. We don’t want spite and bile like Craig Bellamy, or Diouf before that , we don’t want Grobbelaar, we don’t want Fowler ‘sniffing the line’ pretending to take coke. And we certainly don’t want Rafa, his taunts about us being a small club simply reflect his lack of knowledge of history.

And if he did know his history he would be haunted by what a staid, beige club Liverpool have become.