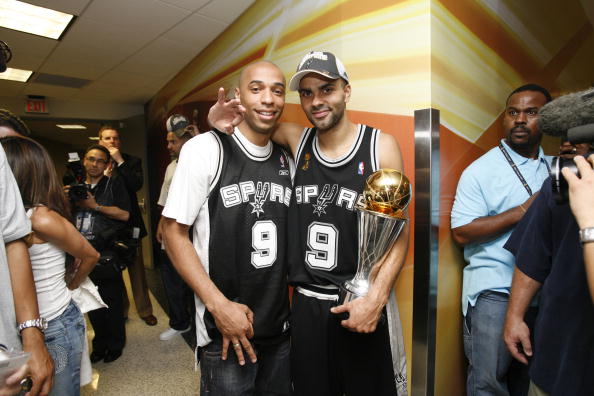 Oh how hilarious! The Arsenal striker was of course supporting his friend and fellow Frenchie Tony Parker at the NBA finals. Interestingly, when we first received this joke from friends via email a few of the Gunners on the mailing list actually expressed their disgust. Apparently, any player who knew what it meant to play for Arsenal would never wear something with the words Spurs on it, regardless of the situation.

[Thanks to Craig for sending in]

[Ed: Apparently the Daily Mail gets the same emails we do.]