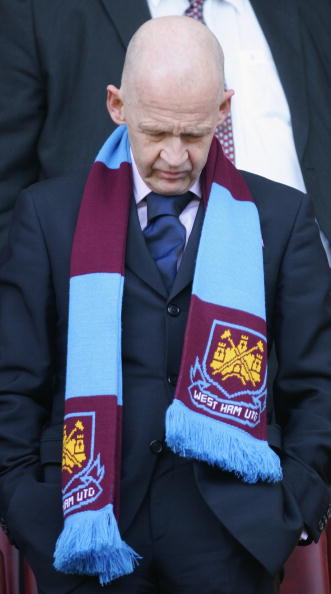 West Ham may have dodged further punishment, but Effra is not happy.

Thereâ€™s been a story going on in English football for much of the past two months that has passed everybody but West Ham fans by. A club that got relegated because it did not amass enough points has been trying to get reinstated at the expense of a club that got more points.

The first clubâ€™s chairman thought that his then manager wasnâ€™t Premiership material and that manager contrived for his team to blow a ten-point cushion by losing at home against ten men to a team that had not won for eight games after slumping to a 3-0 defeat the week before at a mid-table team with nothing to play for. The manager, as usually happens when one of them screws up spectacularly, lost his job. The chairman of this club, however, saw an opportunity to redeem his own and his clubâ€™s reputation if not his discarded managerâ€™s, and launched a challenge to the Premier Leagueâ€™s disciplinary handling of a club that finished three points and three places above his own, backed by a PR onslaught.

Denying that this was the grubby pursuit of self-interest to salvage something from his own teamâ€™s failings, he called it the campaign for justice and fairness, and most of the media, starved of stories, seemingly too lazy to bother reading complicated judgements, and apparently too dishonourable to care whether what they were writing was true or not, lapped it all up. For nearly two months, the chairman and his cronies repeated what they knew were outright lies about the club they wished to displace, lies that could probably have been prosecuted under the libel and slander laws of this land. By the time they had finished, most of the media were repeating these lies as a matter of course, and showed not the slightest interest when the Premier League began an investigation into the chairmanâ€™s club for breaking the same rules that the club he was trying to relegate had been punished for, or his denial of evidence published on his own clubâ€™s website and coming straight out of his former managerâ€™s mouth.

As a consequence the reputation of the chairman of the other club has been traduced and the club has had a difficult time in the transfer window. Beyond the world of that club, however, it, not the relegated club, is the devil that must be expunged to satisfy for our nostalgia for football done the Corinthian way.

It is difficult if you are not a West Ham fan to understand just how angry all this has made us. I have lost the genuine affection I once felt for Sheffield United as a traditional club, I have stopped reading one newspaper completely, and I have lost track of the conversations in which I have reduced non-West Ham fans to silence by pointing out facts about the Tevez affair, which have left them realising that they quite literally didnâ€™t know what they were talking about. Not once have I, or any West Ham I know, tried to excuse what West Ham did in entering these third-party agreements and deceiving the Premier League about it them. We did wrong and we were punished. What anyone, including us, thought about the scale of the punishment is irrelevant. It was the Independent Commission of the Premier Leagueâ€™s business to decide. And, if as still looked likely when the Independent Commission reported, West Ham had been relegated, a Â£5.5 million fine on top of the loss of income that accompanies demotion to the Championship would have been an extremely weighty punishment by anyoneâ€™s standards. That this did not happen is solely the consequence of the fantastic efforts of not just Tevez but Mark Noble, Lucas Neil, James Collins, Bobby Zamora and Robert Green, none of whom, except perversely Tevez as an anti-hero, have received one iota of credit for what they achieved. Instead we are asked to accept that because these players found within themselves what they did when all had seemed lost that justice and fairness were thwarted. Even in the perverse linguistic world in which we live, the verbal gymnastics involved are quite breathtaking.

The footballing world has become a lot lonelier place for West Ham. It seems barely possible that just twelve months ago we were lots of peopleâ€™s second team after the agony of the 2006 Cup final. Now nobody likes us. It is just us against everybody else. Think if you like that we did it all to ourselves, because most of us are getting to the point where we are ceasing to care whether you are interested in the truth or not. Whatever nonsense you have come to believe, just donâ€™t ask us ever to forget just what did happen at Old Trafford on 13 May and the six weeksâ€™ after.