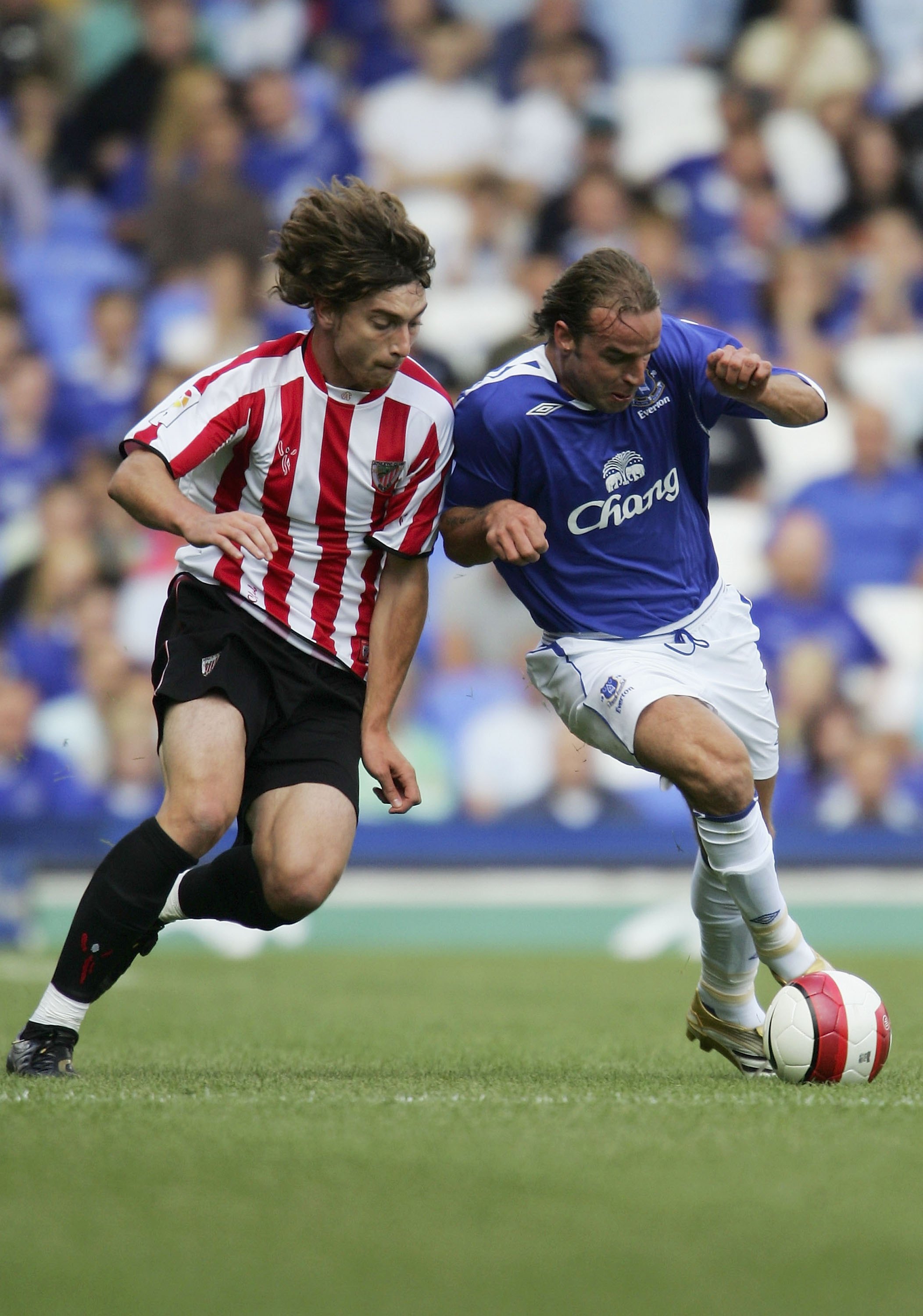 Edward thinks one of Everton’s most-maligned lads just needs a bit of luck to turn it all around.

Whenever I meet up with my Tottenham supporting cousin, we always play a game. We rattle off name upon name of comically and chronically bad players — Vinny Samways (in his blue phase), Justin Edinburgh, Darren Caskey, Dean Austin, Earl Barrett, Alan Biley, Mikel Madar, Brett Angell and Marc Hottiger always get a mention. However, I never bring up Everton’s (rumoured) alcoholic, long-haired Dutchman; prone to very occasional bouts of fitness, an occasional player, with a garrulous mouth and a daughter named ‘Purple’.

The most surprising occurrence of Everton’s stale summer has definitely not been the flood of new signings (or lack thereof); instead it has been the apparent acceptance and rehabilitation of ‘Shandy’ Andy Van der Meyde, looking trim and shaven headed at Everton’s training sessions in St Andrews.

David Moyes has a history of not dealing well with wingers (Blomqvist and, especially, Rodrigo were only given a wisp of a chance to prove themselves), recalcitrants, or back chat – the fact that Van der Meyde has displayed ALL of these traits but is still here surely points to a player that Moyes has inexplicable faith in.

Everton have an anorexic squad anyway, and with the UEFA Cup looming menacingly, perhaps Moyes has decided that he needs ‘bodies’, or maybe he has seen exciting sparks in training, watched the tapes anew, and wants to train this footballer back to life. Van der Meyde is an enigma even in his native Holland, where he was held in high regard by some – being tipped to be player of the tournament in Euro 2004. Yet others donâ€™t rate him at all. Johan Cruyff reportedly declared that as long as the winger was in the Dutch national team for Euro 2004, the team would not stand a chance of winning.

Van der Meyde’s right foot is apparently so strong that some say he needs to be played on the left; such is the temptation to be selfish and over-elaborate when playing on the right wing. He is a player with such raw atavistic skill and brio that he has played for Ajax and Inter Milan and was tipped for glory. On the other hand, he is a player surrounded by a miasma of ruinous rumours and painful truths; a dog napped pooch, stolen cars, a burgled house, embarrassing drunken episodes, is prone to injury and when he managed to claw his way back to fitness was sent off for a wild elbow in the Merseyside derby (of all games).

All these negative aspects of the player are the reason he is at Everton and not a more successful club, all the positive aspects (the dull glimmer of his potential) are the reason he is still at Everton and not on the scrapheap. Van der Meyde is a man who at his VERY best plays like Pink Floyd’s first album, randomly meandering and occasionally stumbling over its own genius.

A few days ago Van der Meyde spoke to the official Everton website, proclaiming his love for the club and saying he was eager to play – even though the interviewer had to clarify the actual date of Everton’s first game. He claims he has been “unlucky” but also says it is down to him to prove himself.

It will involve far more than that , he has to stay injury free, scandal free, play well and regularly, and also rely on the most important factor of all – Moyes’ clemency. I for one would love to see Everton’s wide boy come good.