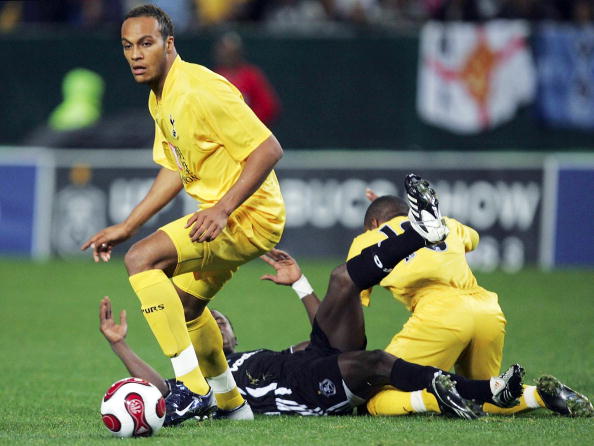 Daniel looks at the Judas inside all of us, and ponders which Premier League players will be annoying the hell out of their own fans this season.

We love our teams, but we donâ€™t always love every individual in them. The player in question may be terminally shit, generally OK but clanger prone, a waste of precious money, or just a wanker. This summerâ€™s transfer merry-go-round has seen new faces arrive at some clubs which are sure to test the loyalty of their supporters at some point this Premiership season.

Having just survived on the last day of the season, Wigan fans would be forgiven for not being optimistic about their prospects in this campaign. When Paul Jewell was replaced by his assistant, Chris Hutchings, a man without any experience in the hot seat, you could understand if they were very concerned. And when Hutchings made Newcastle clown Titus Bramble his first signing, you couldnâ€™t blame them if they ripped up their season tickets and threw themselves under the nearest bus shouting, â€œI canâ€™t do this any more.â€

Bramble was free though. If he fails, Wigan fans will be able to say, â€œAt least we didnâ€™t waste any money on him.â€ Which is more than Birmingham fans will be able to say when Mido sulks off in a year or two. â‚¤6m is still a lot of money for a player and for a newly promoted side it is a helluva lot of dough. Spending your budget on a striker who can score the goals to stave off relegation is fine. But shooting your load on Mido? His display as a sub in the first FA Cup game against Chelsea was truly memorable. In contrast to the assured Berbatov who he replaced, Mido showed the composure and spatial awareness of a pissed up uncle at a wedding reception when â€˜Brown Eyed Girlâ€™ is played. He then followed that up in a game against Fulham with the funniest moment of the season: an awful back pass led to Robinson saving a 1-on-1 and from the resulting corner Mido headed towards his own goal producing another last-ditch save. Robinson then pointed to the other end of the pitch and repeatedly told his team-mate to â€œFuck off back up there.â€

But I guess Mido might be a nice guy. Which brings me onto West Ham and Craig Bellamy. Aaah Bellamy, the classic test of a fanâ€™s loyalty. Bellamy is a good player. And for â‚¤7.5m he is also good value when judged on ability alone if Mido is worth â‚¤6m and Darren Bent â‚¤17m. But Bellamy has an uncanny ability to get under peopleâ€™s skin and, if a 3 wood is handy, to smash them over the top of their skin too. West Ham, â€˜everybodyâ€™s second favourite team TMâ€™, may find they lose some goodwill from other fans and gain more unwanted headlines thanks to Bellamy.

When he joins a new club, Bellmay says that heâ€™s matured, that heâ€™s turned over a new leaf etc and people will mock, but he does try to say the right thing. Which is more than can be said about Younes Kaboul. Kaboul is in the same category as Newcastle’s Michael Owen of â€˜Iâ€™d rather be playing somewhere elseâ€™. No club is quite like Spurs for getting an â€œIâ€™ve always been a fanâ€ comment. Every Scandinavian, German, Egyptian, Ukranian and Korean they sign claims to have been a fan since seeing Ricky Villaâ€™s goal in the FA Cup final and will always list Glen Hoddle as their favourite player. Someone stole the script from Kaboul though. And that someone was a Gooner. When asked last year who the club of his dreams were, Kaboul said “Arsenal”. He then said that Arsenal and Chelsea had targeted him in the past and continued, â€œBut my eyes aren’t bigger than my belly, I don’t want to join too big a club.” So he joined their biggest local rival.

Well done, Younes. Why not just say that Gazza and Klinsmann were nothing special and take a dump on a picture of David Ginola.

There are always those at our clubs who, for whatever reason, get just a little (or a lot) less patience from their own fans. If you’d like to nominate your own, slap them in the comments.