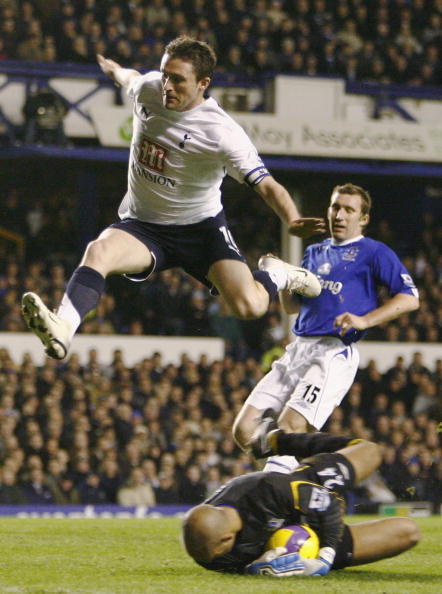 Edward wonders why Everton and Spurs are at each other when Arsenal and Liverpool are just around the corner.

We can argue forever, but the truth of the matter is that both Tottenham and Everton, although overshadowed by more successful neighbours, have glorious histories.

Tottenham have won the top league twice, and the FA Cup 8 times (and the League Cup three times), in Europe they have won the UEFA cup twice and the Cup Winnersâ€™ once. On top of this footballing trophy cabinet they have been graced with such players as Danny Blanchflower, the goal machine Jimmy Greaves, as well as Gazza, Chris Waddle, and Gary Lineker. But enough of Spurs, as we all know I have an irrational hatred for them. Everton have an equally impressive past. Evertonâ€™s historic trophy haul is equally huge (some may say even more than Spursâ€™); winning the league 9 times, the FA Cup 5 times, and the Cup Winnersâ€™ Cup once. They have also played more seasons in the top flight than any other team (yes, that includes you Arsenal â€“ I know you have never been relegated but check yer â€˜istory books).

Gary Lineker, Dixie Dean – the most prolific goalscorer in English football history, summed up by the Bill Shankly quote: â€œThose of us privileged to see Dean play talk of him the way people talk about Beethoven, Shakespeare or Mozart – he was that good,â€. Tommy Lawton, Alan Ball, the legendary Neville Southall who won the Football Writers’ Association Footballer of the Year in 1985, an amazing feat for a goalkeeper.

And if you really want to pick hairs, if you add up all the results played in the top flight of the English football, Everton are the most successful side ever.

But what I want to focus on here is the fact that both Spurs and Everton have neighbours with skeletons in their closets.

Most Liverpool fans forget that Evertonâ€™s wonderful team of the 80â€™s was decimated by the ban of English clubs from Europe, that Lineker et al left Everton BECAUSE of this ban, and so one of the most promising eras in Evertonâ€™s history was ushered through a trap-door. More recently the Liverpool Council offered up the Stanley Park option to Liverpool even though they previously led Everton to believe that it was unavailable â€“ now we have little option but to move outside the city.

Spurs fans also have reason to gripe; although this event happened in the murky distant past, it arguably could have had a huge impact on Arsenals progress towards their current stature as one of Englandâ€™s great teams. In 1921-2 two seasons after the League restarted after World War One, England had four main divisions, the league decided to increase the number of teams in its first and second divisions, from 20 to 22 clubs. It is the choice of teams for the new, bigger, first division that remains controversial to this day. In the 1915 season (the last one played before the League resumed) Chelsea and Tottenham finished in the bottom two, and it was widely believed that they would stay up and the league would be joined by the two promoted teams , Arsenal, who finished 5th in the second division somehow got promotion. And not only that, they managed to relegate Tottenham too (!).

The other team Arsenal leapfrogged, Barnsley, only got to experience top flight football in the 90â€™s.

Arsenalâ€™s own official history describes Norris as a bully and a corrupt dictator, and he was the one responsible for moving Arsenal to North London, against its fan bases wishes. The author David Conn describes the move as:

â€œwily, ruthless, commercially driven, bloody minded, speculative, but it made Arsenal a modern football clubâ€¦.Arsenalâ€™s golden age, which produced the marble halls, Herbert Chapmanâ€¦and all the other trappings of this most respectable club, was built on that foundation.â€

Arsenal and Liverpool both have an impressive cache of trophies, but their history, and the shady behind the scenes machinations that have weakened their rivals, is far from impressiveâ€¦.