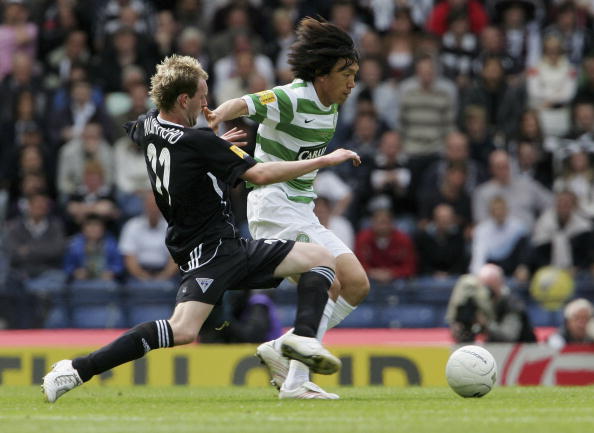 Craig kicks off his weekly Scottish Premier League coverage with the first in a three part series previewing the new season. Rangers supporters look away…

Finished 3rd last year on the back of a consistent season, but didnâ€™t play the most attractive football. Lost inspirational captain Russell Anderson to Sunderland for the knock-down price of Â£1m and he will be extremely difficult to replace in the heart of the defence. Secured a major coup by luring Jackie McNamara back to the SPL but there is a question mark over his fitness. Dutch midfielder Jeffrey de Visscher has joined from De Graafschap and could turn out to be a great signing. Derek Young has been re-signed from Partick Thistle in a move that has angered fans, while Lee Mair has joined on a free from Dundee United. May have trouble in the goalkeeping department because 1st choice keeper Jamie Langfield is likely to leave after falling out with manager Jimmy Calderwood. Certainly strong enough for the top-6 and could challenge for Europe again.

One to watch â€“ Andrew Considine

Won the league at a canter last year, and are odds on favourites again this season. Lost skipper Neil Lennon but signed Massimo Donati from AC Milan to replace him in the midfield. Scott Brown was signed for Â£4.4m from Hibs, a record transfer between Scottish clubs, and will have a lot to prove. However he thrives on pressure and should become a key player at home and in Europe. Scott McDonald joined for Â£700k from Motherwell and Chris Killen of Hibs joined on a free â€“ leaving them with 6 strikers. Tony Mowbray did his old club a favour by taking Craig Beattie off their hands for Â£1.75m which seems about a million pounds too much. Defender John Kennedy has returned after 3 years out with a knee ligament injury and will strengthen the defence. They have lacked goals in pre-season, but with the quality of attackers at their disposal it seems unlikely this will continue. Opponents must avoid conceding free kicks in dangerous areas because Shunsuke Nakamura is lethal with a dead ball.

One to watch â€“ John Kennedy

Craig Levein is starting to put his stamp on the team â€“ so expect a well organised side who play route 1 football. Levein has cleared out the deadwood from his squad and made a few reasonable signings. Dominant centre-back Darren Dods signed on a free transfer and will be a key man at set pieces. Polish keeper Lukasz Zaluska joined as number 1 but was injured in pre-season, so another Polish goalie, Grzegorz Szamotulski was signed from Sturm Graz. Winger Willo Flood joined on loan from Cardiff and was sent off on his debut against Aberdeen last weekend. May struggle from a lack of pace especially in defence, but will be challenging for a place in the top-6.

One to watch â€“ David Goodwillie

Starting to consolidate in the SPL and play an attractive European style of football with 39 year-old Russell Latapy pulling the strings in the playmaker role. Have lost a lot of players in the summer but have also made a couple of impressive signings. Young goalkeeper Tim Krul has been loaned from Newcastle and will be challenged by 20 year-old Austrian Robert Olejnik who was freed by Aston Villa. Striker Michael Higdon joined on a Bosman from Crewe and scored twice on his debut against Gretna. Austrian international striker Roman Wallner and former Ajax defender Gerard Aafjes have also joined, while Spanish midfielder Arnau Riera has been loaned from Sunderland to add some depth in the midfield. The key to beating Falkirk is to contain Latapy and prevent him from supplying the strikers â€“ but that is easier said than done. Will challenge for the top-6 but will probably just fall short

One to Watch â€“ Scott Arfield