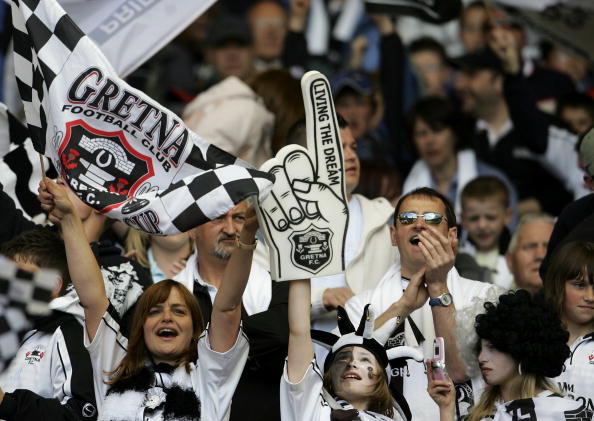 Craig kicks off his weekly Scottish Premier League coverage with the second in a three part series previewing the new season with Gretna, Hearts, Inverness and Hibernian forecasted

Reached the SPL after 3 consecutive promotions, but look to be out of their depth at this level. Their cause will not be helped by the fact they have to play their home games at Motherwellâ€™s Fir Park because Raydale Park does not meet SPL stadium criteria. There is also crisis at the top level, with the clubâ€™s manager Rowan Alexander being refused entry in to Fir Park for the opening game of the season. Alexander had been on personal leave since March, leaving assistant Davie Irons to guide them to promotion. Irons has continued to take charge of the club but no official announcement has been made. The clubâ€™s first few signings were uninspiring â€“ Paul Murray (Carlisle), Abdul Osman (Maidenhead) and Nathan Wright (Darlington) all joining from clubs in the lower reaches of the English leagues. However they signed Uruguayan attacker Fabian Yantorno who has been very impressive in pre-season, and defender Aurelien Collin has joined from Real Mallorca. Striker Kenny Deuchar was top scorer in divisions 2 and 3, but looked to be on the way out last season when he was loaned to Northampton. However he has decided to stay and fight for his place in the SPL and will provide a goal threat. They will need to strengthen more in order to stay up â€“ but the unknown element might help them to do just enough.

One to watch â€“ Erik Paartalu

One to watch â€“ Andrew Driver

Despite this, Collins has mainly been dealing in free transfers in his search for replacements. Brian Kerr joined for free from Motherwell and scored the winner in the Edinburgh derby on his debut. Winger Alan Oâ€™Brien joined for Newcastle for a nominal fee, and striker Clayton Donaldson has joined for free from York City. Hibs have been long haunted by goalkeeping problems â€“ Yves Makabu-Makalambay has joined from Chelsea in an attempt to solve this. Collins has used his connections from his playing time in France to sign a couple of players – defender Thierry Gateussi joined from the French 3rd division and Torben Joneleit has been loaned from Monaco. Filipe Morais was signed for free from Milwall â€“ the Portugese winger couldnâ€™t even hold a place down on loan at 1st division St Johnstone last season. In spite of the underwhelming signings, Hibs should still make the top-6 if their promising youngsters such as Lewis Stevenson and Steven Fletcher continue to develop. Moroccans Abdessalam Benjelloun and Merouane Zemmama will add flair to the side, while Guillaume Beuzelin will continue to control the midfield.

One to watch â€“ Lewis Stevenson

One to watch â€“ Rory McAllister