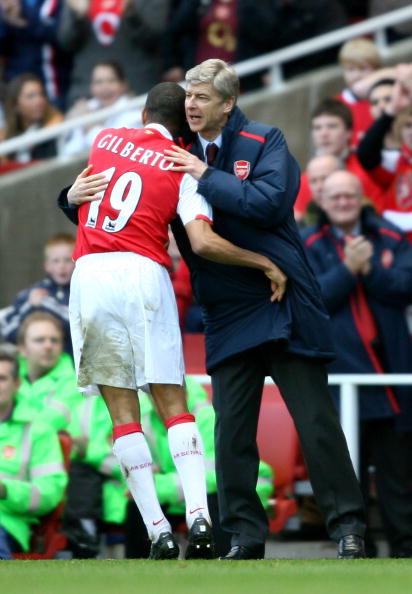 With William Gallas surprisingly named Arsenal captain, despite Gilberto Silva deputising for Thierry Henry all last season, one wondered what the Brazilian thought about the whole thing.

“Of course I was surprised because I was captain all last season when Henry didn’t play, and after his move to Barcelona I naturally thought I would be this time,” He told the Daily Star.

“Arsene is the manager and it is his decision and I have to accept that. Life goes on and I will get on with my job like I always have.

“But I was surprised he didn’t speak to me about his decision. He had the time to do it because I was at the training ground before it was made public.

“He didn’t say anything to me and I just found out about it that evening when I saw it on the Arsenal website.

“I wasn’t upset about not being captain, but I was about the way I learnt about it.”

He added: “I will give the same commitment to the club that I always have. This is an important season.”

He’s always come across as a model professional on and off the pitch, so it does seem a bit off that Wenger wouldn’t even talk to him about the decision before it was announced. We always thought ol’ Arsene was a master of creating a team/family atmosphere so, like any good father figure, maybe he was just too busy.