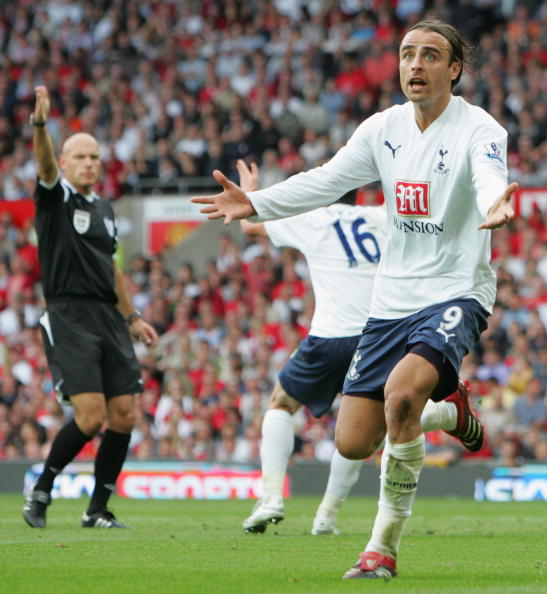 “I felt it was a penalty kick, the lad must be a wizard if he can keep this ball out of the goal,” Jol told Sky Sports 1.

“It was a penalty and everyone can say it wasn’t, but he used everything – like a keeper, he’s not a keeper, he’s a defender – to keep the ball out of the net.

But Sir Alex was having none of it,

“At the time they protested so much I thought it must have been a penalty,” Ferguson told Sky Sports 1.

After seeing the replay a couple of times, we’re still not sure which way to go. It does look like the ball hits Wes Brown’s midsection but its tough to say for sure. If only they’d show a proper angle to see for sure, or maybe it’s part of some crazy Premier League conspiracy?