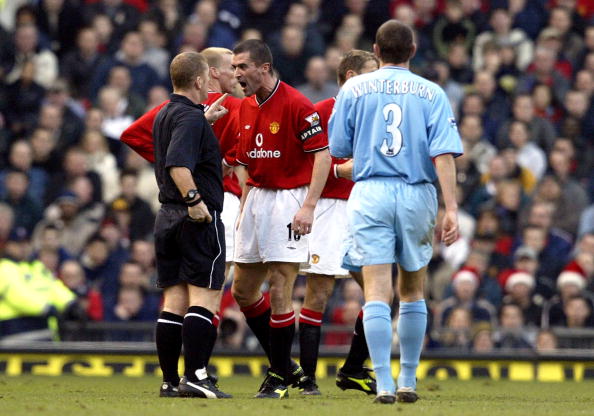 Sunderland manager Roy Keane has lambasted those who like to feast on the pain of referees,

“I know it might sound crazy, but I do believe a lot of people are putting too much pressure on the referees. I know I did as a player – I am sure there is going to be a picture now of me chasing a referee – but that was then.”

No Roy, that doesn’t sound crazy at all, especially compared to the old volcanic Roy Keane who would come out with such bon mots as:

“I’d waited long enough. I fucking hit him hard. The ball was there (I think). Take that you cunt. And don’t ever stand over me sneering about fake injuries”

Roy Keane went on to finish his passionate defence of the men in black:

“The referees are full-time now and they are aware of the pressures involved. It is the same for managers, for players, for chairmen.The pressures are pretty intense, but that’s the way of the world, it’s not going to change. I do not really speak about referees after the game. You do need a cooling off period. I have spoken to the assessor sometimes 48 hours after the game and I make my points then. I think you can be constructive then because after the game, your emotions are running high and sometimes you will see an incident later on and you might not have seen it properly. I am a great believer that these things pan out over the season.”

Speaking to the assessor 48 hours after, a ‘cooling off’ period, ‘I am a great believer that these things pan out’!? When did this vitriolic fist of a man turn into a philosopher ruler? We want our Keano back!