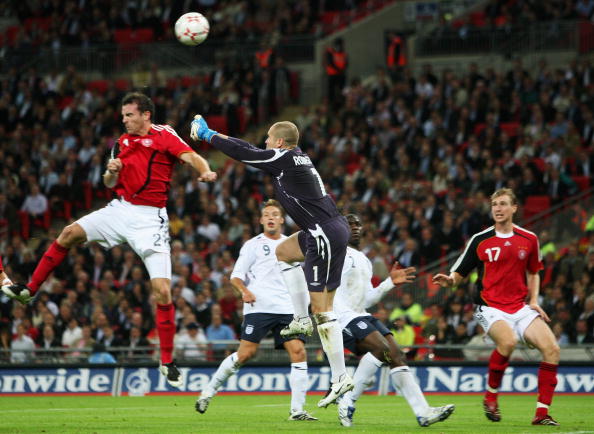 “Ray Clemence has got more chance of starting a game than me at the moment.”

Steve McClaren, will choose between Portsmouth’s David James, who looked less than confident against Arsenal and has already added a couple of blunders to his World Record this season, and Tottenham’s Paul Robinson, who recently has been playing like he’s stuck in mud.

Carson has kept two clean sheets in his first three matches this season as well as playing well for the England Under-21 side. Peter Cech’s said that Carson is “a great goalkeeper” with “a great future” on Sunday and – along with Foster and Kirkland – represent a reasonable group of young keepers competing for a shot as England’s #1.