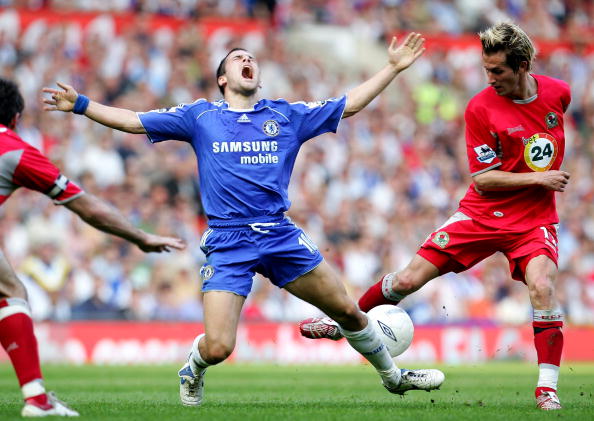 There is always an issue in football; something that is ruining the beautiful game and cheating the humble fan out of entertainment and clubs out of league points. Often referees are at the centre of the furore â€“ card-happy refs, players pressuring refs, refs not applying the offside law consistently, and refs that are just shit. But one issue that hasnâ€™t been in the headlines for a while is diving.

You remember diving. The disease that has been having an increasingly ruinous effect on World Cups for the last twenty years. The form of cheating that not only stops the flow of games and leads to undeserved cards, but also looks so very, very camp.

So why isnâ€™t diving in the news? Has diving been commonplace in football for such a long time that it has become accepted, like and in-breeding in the Isle of Wight? Or is it not an issue because players arenâ€™t diving any more?

No, the dive is still alive and well. Itâ€™s simply that the Premier League does not have any world class exponents of the art any more. When Robben moved to Real Madrid recently Chelsea only lost a player, but the Premier League lost its last great diver. Technically, Robben was flawless: heels and knees were kept together from take-off to landing and his mid-dive jack-knife was to die for. What set Robben apart though was his utter lack of shame. His dramatic collapse a couple of seasons ago when Reina gently caressed his face is the stuff of legend.

Robben was the last in a long line of top drawer divers in a golden era for Premiership gymnastics. Who can forget Arsenal winger Robert Piresâ€™s ability to spot a trailing leg at a 100 paces. Or what about Manchester United striker Van Nistelrooy; the boy has a chin for a game show and a nose for contact in the box like no other. 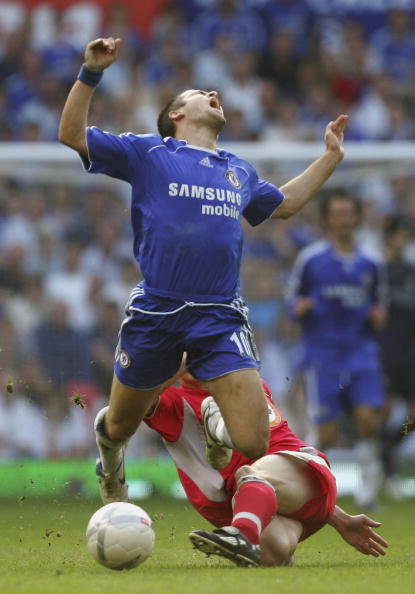 Now, however, all the theatre has been taken out of diving. Like the change in the James Bond series with its new, gritty, realistic tone and end to camp, over-acting and OTT death scenes, the fun has been taken out of diving in England. I donâ€™t want to see Daniel Craig running around a non-descript construction site; I want to see Roger Moore in a safari suit fending off a tiger with a witty one-liner and a raised eyebrow before being chased by an army on elephant-back in the Indian jungle. Similarly, if a player is a big enough cheating wuss to throw himself to the floor, I donâ€™t want to see him make it look genuine; Iâ€™d much rather he tried his hand at some amateur gymnastics on his way down.

But players are starting to see the light. Ronaldo has cut down on his falls. Drogba used to like a tumble too, but has now found a nice sideline in pretending various defenders have elbowed him in the face so he can have a bit of a breather. In an Evening Standard interview of fans of London clubs at the end of last season, Spurs fans admitted to seeing more diving than any other clubâ€™s supporters. However, Zokora has kept a low profile since his belly flop against Portsmouth last year. The less said about Bolton’s El Hadji Diouf the better as he is the only master of the even riskier dive-then-facespit.

No, of the current crop in the Premier League, the only man who can be relied on to dive at every opportunity is Joe Cole (pictured, if you didn’t notice). The slightest touch is guaranteed to produce his patented horizontal star jump.

But what do you think? Have you seen some blatant amateur dramatics this season? And is there a player out there who is a bigger diver than Joe Cole?