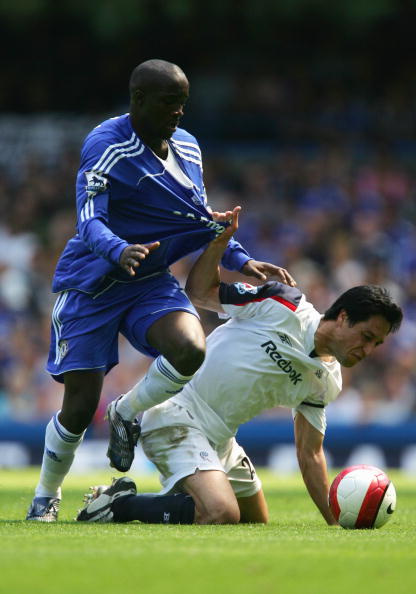 In an interview with the Sun, Israel and former Bolton midfielder Idan Tal has layed into England, dubbing them a bunch of long ball loving thick idiots. And the Sun expects us to be outraged. I think.

“England’s style of football gets me. As far as I am concerned it is not smart. When you are told to kick the ball to someone so they can head it in the air, it becomes ugly. It’s not attractive football.”

In an effort to attack the already depleted England team, Tal 31, once called the Gazza of Gaza (a totally unwarranted name, I’ve seen him play, and I have seen more dynamic roadkill), went on to say that the Premier League is only a success because of the foreigners:

“When I was in England I remember speaking with a lot of fans who were so disappointed with the state of the national team.They didn’t like how they played and maybe the reason could be the manager. They are just not convincing at all.One of the problems is that the gap between international football and Premier League football has been filled by foreign players.There is no doubt about it. The players that come to England increase the level and that leads to problems against the best national teams.The Premier League is good mostly because of these players.”

So just to recap, England play a nasty long-ball style that is “not smart”, and the Premier League is good because of the foreigners. Thanks for that Sherlock.