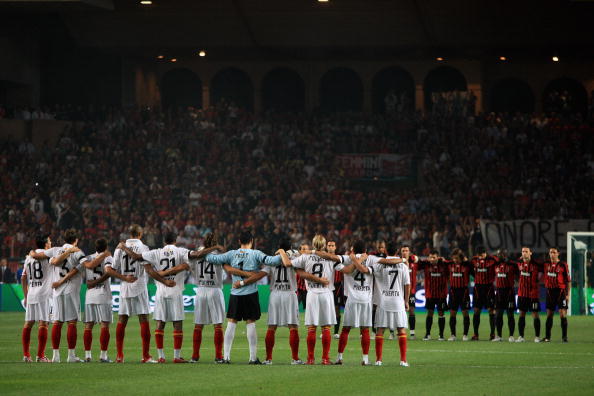 Peter takes a moment to ponder the risk facing all professional athletes.

The past few years have seen the tragic deaths of 3 footballers yet have we ever really been given answers as to why their hearts failed? Clive Clarke recently survived cardiac arrest before Leicesterâ€™s Carling Cup game and it appears he has been luckier than Marc Vivien Foe, Miklos Feher and Antonio Puerta who all suffered heart attacks while they were on the pitch. All were young footballers in the prime of their careers with bright futures ahead of them but they didnâ€™t get to experience the lives that they had probably planned for themselves. Itâ€™s always tragic when a young person passes away, more so when itâ€™s so sudden and for the unfortunate trio it came as they were taking part in a game. Although Iâ€™m the first to tell the other half that itâ€™s not just a game, when peopleâ€™s lives are put in danger or in these extreme cases where life is lost you suddenly view everything in a different perspective.

Are these 3 young footballers unfortunate that they had some form of congenital disease, a case of a weak heart or is something more sinister affecting their bodies to react this way? I guess weâ€™ll never have conclusive evidence that it was anything more than just horrible luck but one thing is for sure and that is that football is become over-developed, with players being athletes first and footballers second. I think thatâ€™s evident in that weâ€™ve seen more cruciate ligament and metatarsal injuries in the past 15 years than we had seen before that. The body just canâ€™t cope with the extreme speeds and pressures that are put on it and something has to give way.

In a lot of players you can see a trend, like Wayne Rooney, whose metatarsals seem to give way easier than most players, with Harry Kewell itâ€™s his thigh and finally you have the example of Djibril Cisse who runs with such pace and power that he has broken both of his legs after colliding with opponents. Luckily for these 3 players everything theyâ€™ve damaged can be repaired by doctors, but for Foe, Feher and Puerta there was really nothing anyone other than God could affect.

Personally I feel that this desire to become quicker, faster and stronger has destroyed football to an extent. Back in the day if you had talent you could become a footballer, I mean Jan Molby wasnâ€™t exactly Mr. Athletic and Gazza could have afforded to lose a few kilos here and there but modern football has seen an end to players like that. Iâ€™m all for footballers to be fit, and in general athletes should look after themselves but if the end product is players like Samba at Blackburn who are immense, win every header but have the touch of a rapist when they try to trap the ball I no longer want to be part of the beautiful game.

Football should be played by footballers, people with incredible skill and ability and not by athletes who have learnt how to kick a ball. Of course there are players who make up for their lack of ability by putting a lot of effort in and that has actually been English footballersâ€™ trade mark over the years. To an extent that is part of the problem in English football though, as in the big footballing countries you will get even the holding midfielder or central defender able to bring the ball out and play football. Maybe we shouldnâ€™t put the emphasis in giving our opponents a good kicking when we canâ€™t handle their football skills and try to bring through kids who have ability.

Iâ€™m not quite sure why weâ€™ve seen this trend in football but itâ€™s a general problem in most professional sports. There have been numerous scandals in the US about players allegedly taking steroids, the latest one is that of record home run hitter Barry Bonds but it appears to have been brushed aside by most.

I just hope that Foeâ€™s, Feherâ€™s and Puertaâ€™s are the last deaths we see on the pitches but with the growing over-development happening everywhere we are disturbing nature and thatâ€™s never good.