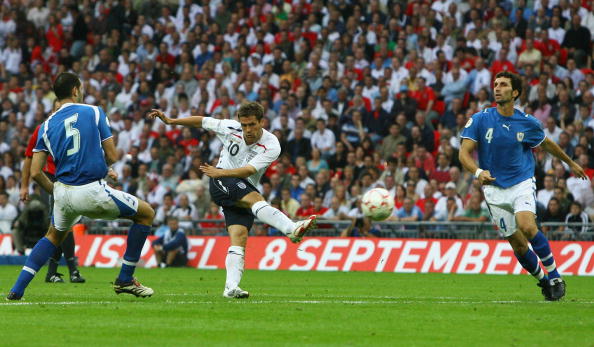 The Sun is reporting that Newcastle striker Michael Owen has “hailed his Wembley wonder goal as one of his greatest in an England shirt” – and this becomes less and less of a surprise when you consider that this was only the second time he’s scored from outside the area.

Owen said (with his customary exciting turn of phrase and rapier wit) :

“This is one of the better ones Iâ€™ve scored. Probably one of the hardest ones….I had another chance in the last couple of minutes and smacked the keeper in the face in the first half….It was great to see that one go in, though, and itâ€™s the second or third best for England.â€

Owen’s famous goal against Argentina still remains the strike that he regards as his best for England, but we at COS want to know what goal you think is England’s best. Is it Geoff Hurst’s iconic “They think it’s all over….It is now” strike, or would you go for Gazza’s juggle and volley against Scotland. There are quite a few classics to choose from so what would you say is England’s best ever goal?