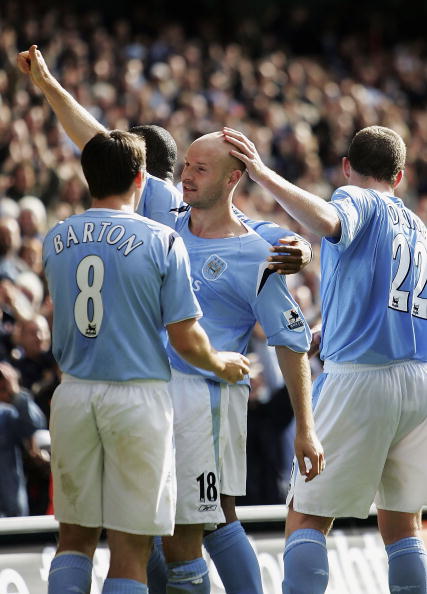 The Premier League is on hold for international week, a disgusting time of year at the COS offices, which finds us forensically analyzing the tabloids for even a sliver of a decent story. So we decided to ask a pressing and weighty question that has been on our minds for some time.

Who is your club’s best ever bald player?

Remember that bloke Samson, no not the Arsenal and England full-back, but the guy from the bible, you know that really successful book that even outsold Harry Potter. He couldn’t do a thing once he had his hair shorn off, where am i going with this your asking, well it makes you wonder, what about those who decide or have no choice, but to opt for the easy hair day option or being BALD.

So for instance Arsenal great Thierry Henry played his greatest football sans hair, Danny Mills on the other hand is a complete waste of space and would be so with or without a barnet. Some are natural, some choose to sport the cue-ball look for style.

Crystal Palace fans will no doubt be leaping out of their seats, yelping “Lombardo!! Lombardo!!!!” . For the less over-excited fans out their lets look at a few of the other options. Everton contain a phalanx of baldies, led by Lee Carsley, Andy Johnson, and the returning prodigal, Tommy “Mad Dog” Gravesen. This triumvirate is impressive but bald legends like Frank LeBoeuf and Danny Murphy also deserve a mention. Going back in the annals of time reveals some very worthy names, surely at the top of the pantheon of baldies is Sir Bobby Charlton, who combined his attacking flair with a rancid comb-over.

But enough waffling – who do YOU think is your club’s best ever bald player?