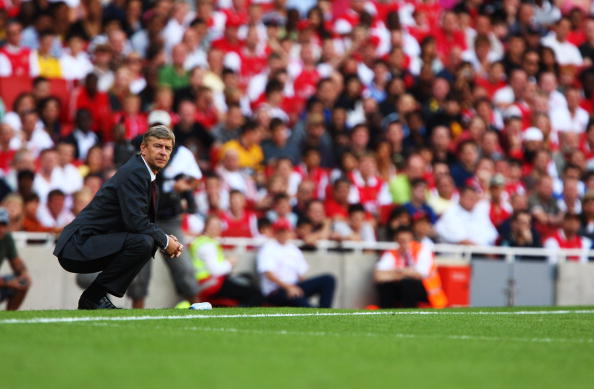 The Daily Mail are running a story entitled “Angry Arsene’s a sore loser” in which Tottenham Sporting Director and former Arsenal scout Damien Comolli supposedly states that Arsene Wenger is a floppy haired nancy boy who can’t take as good as he gives.

And as Jesus said: The Daily Mail said it so it must be true.

Comolli knows Wenger well from stints with him at Monaco and Grampus Eight as well as being Wenger’s European scout at Arsenal before defecting to Spurs, so he is well qualified to comment on Arsene’s sore-loserish-ness (as well as his personal hygeine, or lack of). Like a Cold War defector, Comolli has spilled the metaphorical beans on Arsene’s personality in Xavier Rivoire’s new book : ‘Arsene Wenger, The Biography’.

“I saw Arsene after defeat at Arsenal and he didn’t talk, he didn’t eat,” (He didn’t opt to mention Arsene’s diabolical personal hygeine)

“Normally – that is to say, when he hadn’t lost – he was a nice guy, with a lot of class and restraint. But people knew there was this cauldron inside of him. Arsene in a rage is nothing like the image the people have of him. It is precisely the opposite because he is perceived as detached and lacking passion. In fact, he always gives 200 per cent and, yes, he can explode. I have seen him in some incredible states. But the amazing thing is that the morning after a defeat, although he feels exactly the same inside, he never shows it to his players.”

Is this a bad thing? On the one hand you would want your manager to show some fire to his players after a loss, but on the other it can give them confidence that you are staying positive and not dwelling on the loss.

Or maybe he’s a mentalist.