Chelsea might have stumbled on their way to a narrow 1-0 win over Derby County in the English Premier League at Stamford Bridge on Wednesday but that was their 75th successive unbeaten match in the league. That’s some record when you consider that the last match the Blues lost at the Bridge was four years ago.

The Daily Mail reports that Chelsea midfielder Michael Ballack is confident that Chelsea’ unbeaten home record will have the final say in the Premiership title race at the end of the season. Ballack says:

In these big games you always have a little advantage if you play at home. You should use this advantage and we want to do that. Everybody believes in their stadium and we do to, especially with our record. Nobody else has this. It has an effect of other teams. We are very strong at home and everybody knows this. We do not want to give away our record and will fight for it, especially in those games.

Chelsea are 4 points behind both Manchester United and Arsenal but both of them have to travel to the Bridge later on in the season and beating Chelsea at home would be their first priority. 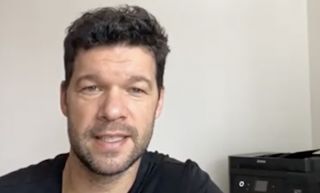