GhanaWeb reports a come-and-get-me-plea from Sulley Muntari. The Portsmouth midfielder is currently playing in the African Nations’ Cup with his national side Ghana and although he is performing well at his Premiership club Portsmouth, Muntari says that he wants to play for the Manchester United before long.

I nearly joined Manchester United as a kid. I want to play for the best team in England. I am happy at Portsmouth but let’s see what happens in the future.

Muntari was on the verge of signing for the Red Devils when he was just 17 but a failure to procure a work permit crushed his lofty dreams at the time. Now of course we know that he is still ambitious to play for Man United. But is Muntari good enough to play for the biggest club in England? 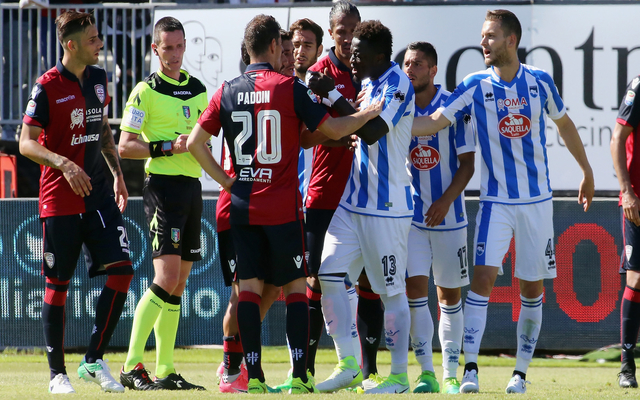 (Video) Sulley Muntari walks off pitch after being booked for reporting racial abuse May 1, 2017 11:37