The Mirror reports of an amazing bust-up between Chelsea captain John Terry and the club’s first team coach Henk Ten Cate in training on the eve of the Carling Cup final with Tottenham Hotspur.

The British tabloid reports that the whole incident occurred in front of Chelsea owner Roman Abramovich over team selection and tactics. Chelsea players have been reported to bear a grudge against the Israeli who was drafted into the Chelsea unit when Avram Grant was appointed as the new manager way back in November.

Ten Cafe has never been popular with the Chelsea players who are reported to be disgruntled with the Israeli’s approach to football and to training regime. So is it time that Ten Cafe departs for good? 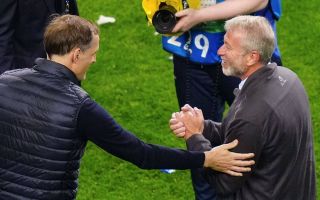