And to be fair, he does have a point. Michel Platini was a great player in his day and he doesn’t hold back when it comes to speaking out over the issues that are currently blighting the game of football. One of these happens to be certain English clubs who get themselves into a ridiculous amount of debt in order to sign the world’s best players and pay them extraordinary salaries. The Daily Mail reports that the Frenchman wants to stop the likes of Man United and Chelsea ‘cheating’ the system.

Platini has also started a crusade to rid the Premier League of debt-ridden clubs, branding the Chelsea v Manchester United Champions League Final as a battle of the “cheats”.

He said: “Look at the deficits of Chelsea and Manchester United. FIFA and UEFA are going to have to combat that because, today, it is the ones who cheat who win.

“We are starting to work on this. It’s a race for money. The passion in England is exceptional and hooliganism has been fought but, as for the rest, we are going to have to find something.”

Indeed, that’s what makes a club such as Arsenal more likeable – their attempt to balance the books at every turn, even if it means losing players due to having a salary structure in place. While some clubs are always going to be bigger than others, this foreign investment that Chelsea and United are enjoying widens the gap between themselves and the rest of the teams in Premier League and Champions League. 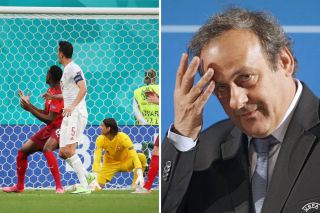 Own Goal smashes Euros record with deflected opener for Spain against Switzerland Jul 2 2021, 18:04 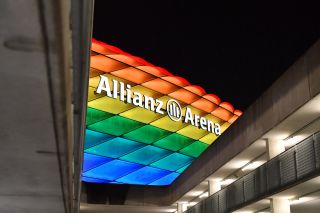 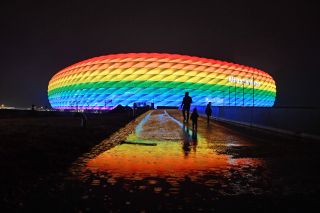 Shock move from UEFA with Euro 2020 final to be switched from Wembley unless quarantine rules are waived for 2,500 VIPS Jun 18 2021, 9:02
England National Team

UEFA’s strongly-worded message to Barcelona, Real Madrid and Juventus regarding the Super League May 31 2021, 14:22
Champions League