Yesterday, we reported that Ricardo Carvalho was being philosophical about his Chelsea future, with rumours linking him to Jose Mourinho and Internazionale. Not any more. The swift appointment of Luiz Felipe Scolari at Stamford Bridge has seen ‘Ricky’ become one of the most loyal players on the books all of a sudde, his future was clearly never in doubt after all.

The Daily Telegraph report that the central defender was shocked by the timing of the announcement, but is naturally delighted that his national team coach is taking the reigns at Stamford Bridge. Not least because he’s now in a position of strength at his club and will be the first name on the teamsheet.

“We were all shocked by the news. We heard the rumours but didn’t guess he would be going to Chelsea after the Euros.

“He is a great manager and a big personality. He’s the kind of guy that players respond to and I think we can go forward with him.”

Does this also strengthen Chelsea’s chances of landing Deco from Barcelona, and one or two other members of the Portugal squad? Carvalho, Ferreira and Bosingwa are already on the books at the Bridge, so Big Phil just needs Pepe to have a back four full of Portugeezers. 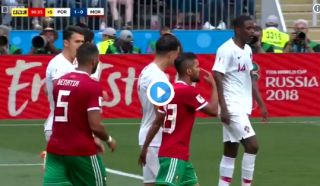