Another member of Arsenal’s decreasing midfield is set to leave after agreeing a deal to move to Greece and link up with an ex-Chelsea employee.

Gilberto Silva, vice-captain at the Emirates Stadium, had been considering his future for the best part of a year after struggling to break up the partnership of Cesc Fabregas and Mathieu Flamini.

He has now agreed a deal with Greek giants Panathinaikos, and will link up with their new manager Henk ten Cate, who was Avram Grant’s assistant at Chelsea last season. Gilberto had 12 months to run on his deal, but made it clear to Arsene Wenger he wanted first-team action, so the Gunners cashed in and sold the midfielder to the Greek Super League runners-up. Reports put the fee between £1 million and £5 million.

Everton were reportedly making moves for the Brazillian but the lure of a final three-year contract and big payday proved too much for the Toffees to compete with.

The move could now free up space and wages for Wenger to make a move for Gareth Barry, after it was revealed that the Gunners are interested in the England midfielder.

Pierre-Emerick Aubameyang does something he’s never done before for Arsenal with unwanted feat after Aston Villa defeat November 9, 2020 11:35
Arsenal FC 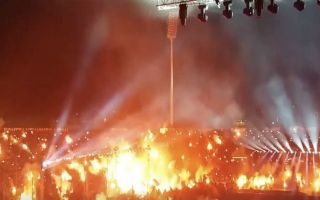