Goodness me, this would be the signing of the summer, although the Blues are cutting it fine if they are to land arguably the best player in the world. Money is clearly no object to Chelsea (despite The Sun’s raving yesterday that they’d lost some spare change recently), although persuading Milan to part with this midfielder has been a big old struggle. Is there light at the end of the tunnel or will the transfer window slam shut?

The Daily Mail report that Chelsea could still end up signing Kaka for an unprecedented £80 million, in addition to the £23 million they are thought to be forking out on Robinho. Over £100 million on two players is the sort of spending that is beyond most club’s wildest dreams, although the Blues face a race against time if the most expensive Brazilian is to arrive in England.

Chelsea will make one last attempt to sign Kaka from AC Milan in a recordbreaking £80million deal before the transfer window closes on Monday night.

Initial efforts earlier this summer left the Stamford Bridge hierarchy believing they may have to wait a further 12 months before securing the services of the Brazilian superstar.

But a loan deal that has seen Andriy Shevchenko return to AC Milan has improved relations between the two clubs and Chelsea now understand that Kaka is keener than ever to leave the San Siro.

Just how would Phil Scolari manage to shoehorn Robinho and Kaka into the team? Or is it a case of sign now, ask questions later as far as Chelsea are concerned? While these signings would strengthen the squad immensely at Stamford Bridge, it would also mean a fair few egos knocking around the dressing room, all demanding a place in the first team. Would Kaka be a good thing for the Blues? 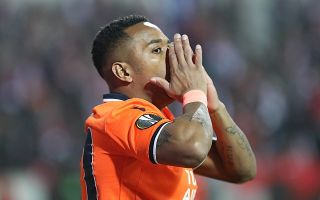