Mike Ashley is desperate to get the Newcastle United monkey off his back and is traveling all over the world to do so. After failing to convince a Dubai-based consortium to buy the messy club, he has now been linked with a move to sell off the club to a Nigerian consortium.

The African outfit, led by a company called NVA Management, has been in negotiations with Newcastle owner Ashley. The company is ready to pay £350million but Ashley wants at least £400m for the club that should be entrenched in a relegation battle this season.

The CEO of NVA Management, though, admits that they could still take over the Magpies before long, saying:

“All along I have been working hard to get wealthy and football-loving Nigerian entrepreneurs to buy the club since Mike Ashley indicated his willingness to sell the club to the person, people or entrepreneurs that can meet the £400m selling price of the club.

“Right now I am happy to tell you that well-meaning Nigerians have responded and the consortium has so far contributed £350m to buy the club. But Ashley stood his ground that he won’t sell the club until the money is raised to the asking price of £400m.

“So what that means is that we need to raise another 50 or £100m to shut the door behind the other top Arab companies that are also interested in the club. The Arab companies have also indicated interest and made an offer, but they haven’t met the asking price either.” 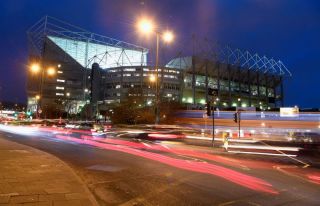