All of a sudden, the thought of the England national team is not a depressing one. After their 4-1 win in Croatia (yes it wasn’t a dream), things are looking up for the Three Lions, despite the fact that the FA have had to turn to a foreign manager for success. Fabio Capello will have some interesting selection dilemmas for the forthcoming matches against Kazakhstan and Belarus, with wingers at Aston Villa and Manchester City presenting a strong case for inclusion.

The Sun report that Mark Hughes thinks Shaun Wright-Phillips deserves another chance in an England shirt, after some fantastic displays for Manchester City. The player has made a seamless transition from Chelsea to Eastlands, starring in his team’s 3-0 win at Sunderland and 6-0 thrashing of Portsmouth. Sparky thinks he can do a job for the national team.

He said: “I would be surprised if Shaun isn’t in the England squad because he has been outstanding since he came back to the club.

“If he is not in this squad then he absolutely will be in the next one in the New Year when he has had 20-odd games under his belt.”

Hughes has hailed the star’s impact since returning to the north-west.

He added: “Shaun is great in the dressing room.

“It has been easy for him to settle right back in even though there is a different management team. This is his club and he is comfortable here. “

Manchester City fans, do you agree with the manager that SWP should be back into the squad? Aston Villa supporters would also argue that Ashley Young deserves an opportunity and it’s possible that both players could be in at the expense of David Beckham and David Bentley. 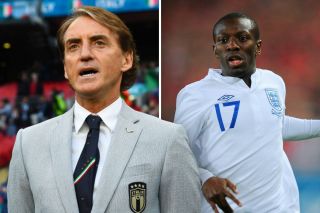 Burnley take the lead over Watford and Inter Miami in race to sign a veteran Serie A defender Jun 15 2021, 5:37
Watford FC