We’re less than a fifth of our way into the new Premier League season, and anyone would think that Tottenham have lost their first seven games by a 5-0 scoreline, rather than the fact that they’ve been on a poor run which has a lot to do with brittle confidence rather than a lack of quality. A former Spurs manager has claimed that the supporters will need to patient as the club sets about trying to change their fortunes, but is Juande Ramos running out of time?

Setanta Sports reports that, not for the first time, Terry Venables has added his two-penneth to the ‘Tottenham debate’. This is where the ‘experts’ sit in a television studio and come up with easy solutions to a footballing problem, despite the vast majority of them having a rather dubious management record when they’ve actually put their neck on the line. El Tel reckons that Spurs need to turn things round quickly, although the team could do without the fans getting on their back in the meantime.

“It needs to be sorted out now,” said Venables on The Friday Football Show. “Sometimes you have to get low before you realise just how bad something is.”

Venables believes every top-flight team is under huge pressure, whether to win trophies, qualify for European competition or avoid relegation.

“Everyone is fighting for their life,” he said. “But you cannot turn it around in a day.

“You cannot expect to be at the bottom one week and at the top two weeks later.”

Venables has also admitted he was surprised by the signing of Roman Pavlyuchenko, who many fans are starting to regard as a panic buy. Certainly it was a risk to sign the striker from Spartak Moscow, but are Tottenham fans confident that he and some of the other high-profile signings can help turn things round at White Hart Lane? Are you prepared to be patient or do you demand an immediate improvement in fortunes? 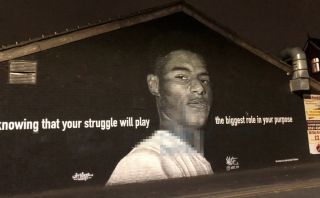