It’s so rare for a Premier League footballer to act in such a deranged fashion that we simply must get as much information as possible so we can place the details into a big box and hide it and then we can re-open it in 100 years time and think to ourselves “surely this stuff didn’t really happen?”

If you want to read about previous incidents of a drunken nature involving the Tottenham defender with the knees of a pensioner then CLICK HERE to see what The Spoiler has to offer. Meanwhile here is an account of this weekend’s incident as reported in The Sun. A source that clearly felt duty bound to tell the world of this incredibly unlikely event in the hope that football as a whole can learn from it’s mistakes, whilst selling shed loads of copies in the process.

The Tottenham captain, who had been out in the West End following his team’s 0-0 draw with Everton, spent the night in a sparse cell in a police station.

[Bouncer] Wahib said: “He was so drunk we told him to come back when he was more sober.

“He walked across the road, opened his trousers and urinated all over the pavement in front of everybody. He came back and was so close to my face I could feel his spit on me.

“He started shouting, ‘Do you not know who I am?’ and bragging how much he earned.

“He also called my manager a ‘balding white ****’. That’s two racist insults in one go.

“As I turned he punched me in the face. I was in a lot of pain and my face was all bruised and my teeth are very, very sore. (The Sun)

So what do we make of this latest foray into senseless violence at the hands of a top tier professional footballer? Maybe as a punishment Mr. King should be forced to work as a nightclub bouncer at one of these swanky bars so that they too can feel the wrath of a former Eastenders stars mouthing off and stating those immortal lines “Do you know who i am” before stumbling and falling to the floor with chip putty in hand! 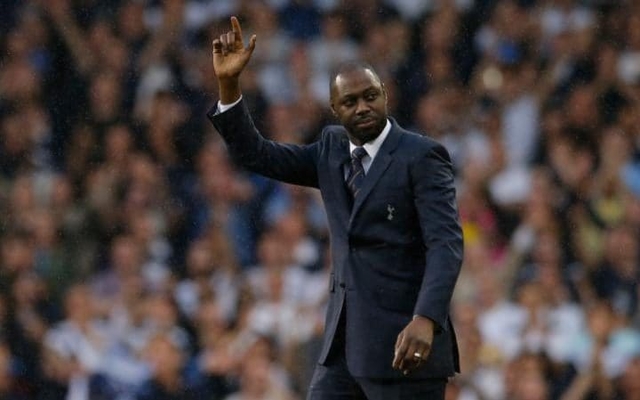 Tottenham hero reveals what is absolutely crucial ahead of stadium move May 16, 2017 7:05
Tottenham FC