Rounding up all the days biggest transfer news and gossip. Eto’o Says YES to Inter Milan While Ibra Goes Other Direction.
“Barca have had an offer of about £38m plus Eto’o, in exchange for Zlatan Ibrahimovic, accepted while Alexander Hleb will also join Inter on loan.” (BBC).

Eto’o probably saw the EPL to be too tough for him, and chickened out of any deals. He had been linked with Manchester United, Liverpool and Manchester City. I don’t understand though, Eto’o is a better player, and I cant see Ibra fitting into Barca’s team very easily. Eto’o on the other hand is going to demolish Serie A.

Somebody better call the police, Barca have been robbed: That’s the equivalent of me swapping my car with somebody and throwing my house and wife in the deal too. (Although I have no car or wife…)

Liverpool Enter Race For Crouch
Liverpool have entered the race to sign the £12M striker. Crouch was originally sold to Portsmouth from Liverpool for £11M after he failed to hold down a regular first team place.

Crouchies goals per minutes played record was not bad at all, and I’m sure a lot of Liverpool fans would agree that… if we had not sold him, we probably would have converted draws into wins. (Not that it matters now, but hey!)

I think there was a reason Crouch was sold, so it doesn’t make much sense for the club to buy him back. Id rather let Babel fill that role upfront in all truth. Crouch wont be happy sitting on the bench again, and is unlikely to want to return seeing as he was out of favour with Rafa the first time round

Valencia Looking to Cash In on Silva.
With the £40M deal of Villa falling through, Liverpool are set to capitalise on Valencia’s financial predicament. Sources suggest that Valencia may be looking to sell Silva in order to raise some cash. This is good news for Rafa as the initial £25M valuation of Silva could drastically drop and he could bag his man for as little as £15M.

This would be a good deal should it go through. Rafa has been hunting this man for a while and looks set to pounce on Valencia’s crisis.

The 2 main arguments are: Is Silva better than Riera? And is he really that different from Benayoun? Silva however is a versatile little chap, and can play LM, RM, CM and SS, so Rafa will no doubt want to explore this option. If anything I would like to see Kuyt pushed back upfront with Torres, and have Silva fill RM.

Likelihood Rating: This has been going on for far too long for it to come of nothing – 8/10

Bojinov To Lazio On A Cheap.
I called this one the other day. It was initially reported that he would cost £7M… But as I predicted, he will go for around £4-5M.

City have also offloaded Chad Evans to Sheffield United and Felipe Caicedo has been loaned to Sporting Lisbon.

Likelihood Rating: Bojinov to Lazio within the next fortnight – 8/10

Finnan Set For EPL Return.
Sunderland, Wolves and Stoke lead the race for the Irishman. Steve Finnan was no doubt one of the best Right Backs to ever play for Liverpool. Any team acquiring this veterans services would be blessed. He originally moved to Espanyol from Liverpool in a deal that saw Albert Riera move in the other direction.

I like Finnan, he may not be first choice for many top teams any more, but at the likes of lesser teams he could do very well. What’s more is… It wouldn’t break the bank to get him.

Cana Sunderland Tie This Up?
Fresh reports are circulating today. Steve Bruce is keen on bringing Lorik Cana to Sunderland. It is believed he will fly to Holland to speak to the player ahead of tonight’s clash with Benifica.

Wow, Bruce is really trying to go for these high profile players. I feel with him in charge Sunderland could well be contending for a top 10 finish. There is one major problem though… Cana is a player who could quite easily break into better teams, so is he really likely to choose Sunderland? He could well fancy a run in the EPL this year so you never know.

Likelihood Rating: Keep your ears on the ground – 4/10

Toure Snubs City Move:
Back to that curse of Man City. At this rate I couldn’t even see them signing Bramble let alone Terry or Toure. They should start setting their sights on good defenders rather than great ones. I think that Dunne and Richards create a good defensive foundation for City, so its only the other area’s that they should look to improve.

City’s attack is no doubt impressive and their midfield is above average, but when you look at their defence its obvious things aren’t looking good.

I compare City to Amir Khan… Packs a powerful punch, but has one hell of a glass jaw. At the end of the day, it doesn’t matter what City throw forward, as soon as they need to defend they will be in trouble.

Tottenham Hope To Sign Poulsen.
Tottenham look set to beat Fulham, Portsmouth and West Ham to the signiture of the Dane, This could be a great deal for Spurs, and at only £6m may well be a stroke of genius. However sources suggest that Harry wants to strike out a loan deal for Poulsen, meaning that he may only see him as a squad player.

Liverpool had also looked into acquiring the services of Poulsen, before backing out. Whether Poulsen can hack it in the EPL at the age of 29 remains to be seen, but I think Harry would do well to make this happen, even if it is just to strengthen the squad.

Likelihood Rating: It has been said that this could be wrapped up by Monday – 8/10 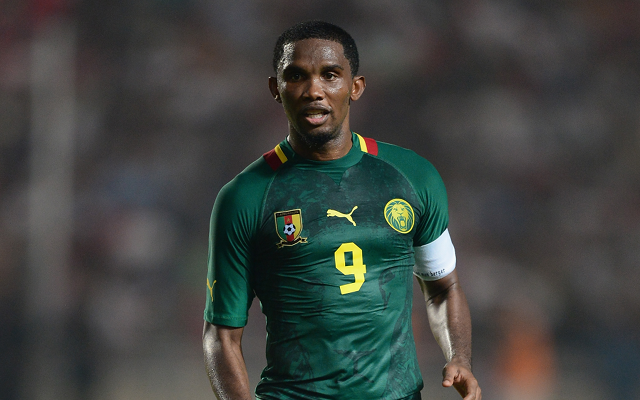 Liverpool line up €50m transfer of classy star they think could be the next David Silva May 2 2021, 17:48
Liverpool FC