A Legend of the game passes away.

Former England manager Sir Bobby Robson has died at the age of 76, following a long battle with cancer.
Robson will be best remembered on the international stage for leading England to the 1990 World Cup semi-final.
At club level, he cut his managerial teeth at Fulham before establishing his credentials at Ipswich where he won the FA Cup and Uefa Cup in a 13-year stay.
Spells at PSV Eindhoven, Sporting Lisbon, Porto and Barcelona followed before managing at Newcastle.
Robson was at St James’ Park for a charity match earlier this week.
An England side, featuring Alan Shearer and several members of the 1990 World Cup squad including Paul Gascoigne and Peter Shilton, beat a Germany team 3-2.
The game was a repeat of the 1990 World Cup semi-final when England, managed by Sir Bobby, lost on penalties.

A statement issued on behalf of his family said: “It is with great sadness that it has been announced today that Sir Bobby Robson has lost his long and courageous battle with cancer.
“He died very peacefully this morning (Friday) at his home in County Durham with his wife and family beside him.
“Sir Bobby’s funeral will be private and for family members only.
“A thanksgiving service in celebration of Sir Bobby’s life will be held at a later date for his many friends and colleagues.
“Lady Robson and the family would very much appreciate it if their privacy could be respected at this difficult time.” (BBC Sport)

I think everyone had a soft spot for Bobby, regardless of their footballing allegiance and I think the main reason he garnered such universal appreciation and admiration was that he really loved the game and you could see it every day of his tenure as either player or manager.

He seemed to me to be a true gentleman who seemed to have an aura of awareness that he had been blessed to make a living out of the game he loved and never came across as someone who took it for granted.

There are very few people in the game past or present who can truly claim to be admired and adored right across the football spectrum, Sir Bobby was just one such man.

Always with a smile on his face throughout his incredible footballing journey and even during his long running battle with Cancer and It was a sign of his standing in the game that so many stars took part in the recent charity match at St James’ Park and that such a large crowd turned up to show their support for the man and his cause.

His importance in the game and the achievements at managerial and playing level should not be forgotten. Here was a man who experienced success right across Europe and as England national boss provided us with a truly seminal moment in footballing history as he guided Gazza, Lineker and Co. to the 1990 World Cup Semi-Finals.

The game is greatly lessened by his loss and his humanity. Gone but never forgotten. Rest In Peace. 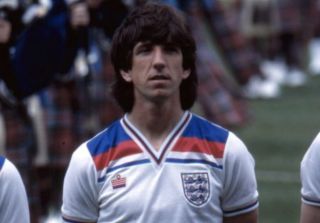