Now that’s what I call a dream team! 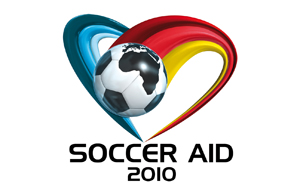 As the Premier League season comes to an end, Manchester United superstar and UNICEF Ambassador Ryan Giggs will be preparing for his next showdown at Old Trafford, as part of the Soccer Aid 2010 Rest of the World team.
Giggs, unveiled as the latest football superstar to sign up for Soccer Aid, will create a moment of footballing history when he pulls on the same Rest of the World jersey as French footballing icon Zinedine Zidane at the ‘Theatre of Dreams’. Both players last met at Old Trafford in a Manchester United verses Real Madrid Champions League tie in 2003.
Forming a legendary midfield, Giggs, the most decorated player in English football history, and Zidane will be attempting to defeat the Soccer Aid England team, whose line up includes UNICEF Ambassador and Soccer Aid founder Robbie Williams.
Ryan Giggs, a UNICEF Ambassador since 2006, has signed up to the game to help raise as much money as possible for the charity, which is the world’s leading children’s organisation.

Commenting on his involvement in Soccer Aid, Giggs said:

“Over the years with UNICEF I’ve seen the huge challenges facing children and young people right across the world. I’ve visited children being affected by HIV and AIDS in Sierra Leone and learnt about the difficulties faced by children in accessing their basic rights, like the right to an education or basic healthcare. But I’ve also seen how, with commitment and support from the public, UNICEF is making a real difference. Soccer Aid might be just a football match, but this 90 minutes has the power to transform the lives of millions of children worldwide, with your help. Come down and watch the match, make a donation and help Soccer Aid 2010 extra special”

Soccer Aid, the brainchild of Robbie Williams and UNICEF UK, will be kicking off on Sunday 6th June at Manchester’s legendary Old Trafford stadium and broadcast live on ITV1, all in aid of UNICEF, the world’s leading children’s organisation.

Money raised through profits from ticket sales and donations made by viewers during the match will go to UNICEF’s invaluable work helping children around the world.