On scoring the most important goal he will ever score the 26 year old Spanish midfield maestro pulled off his jersey to reveal a very emotional message. For those of you who need a translation, the message on his shirt reads “”Dani Jarque: siempre con nosotros” — “Dani Jarque: always with us.” And is a reference to his former team mate who died last year of a heart attack. Iniesta had played alongside and been good friends with the Espanyol man during their time as players in the Spanish Under 17, Under 19 and Under 21 level.

“I wanted to carry Dani with me,” Iniesta said after picking up his man of the match award. “We wanted to pay tribute to him and we thought it was the best opportunity to do so.” 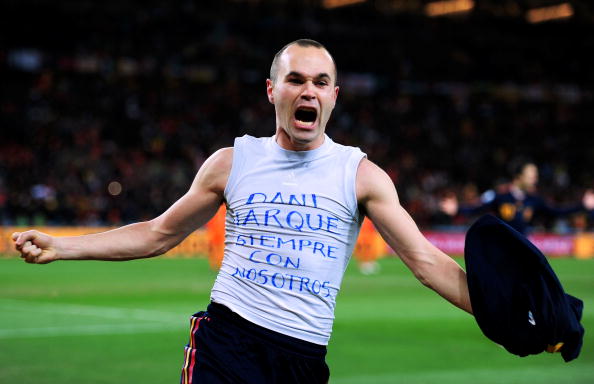