Aston Villa have been on the phone to Jagiellonia Bialystok, which is most certainly a club name built for copy and paste.

Aston Villa have made an approach for Polish international winger Kamil Grosicki.

The 22-year-old has won three caps, and impressed with his first division club Jagiellonia Bialystok.

Villa officials have now spoken with Bialystok president Cezary Kulesza about Grosicki, who is under contract until 2012.

“I’ve had calls from various clubs, such as Aris FC and most recently Aston Villa,” Kulesza said, “But for now all I’ve done has been to answer the phone – we have not yet received anything official in writing.”

Grosicki began his career with hometown club Pogon Szczecin, and had spells with Legia Warsaw and Swiss side Sion before joining Bialystok in 2008. (Daily Mail)

The move would be an interesting one for Aston Villa. At a cost of around £600,000 he would cost a mere fraction of what Villa will receive from Manchester City for the signature of James Milner, and so will prove little risk.

However, it is his role in the team that would prove interesting. If Kevin McDonald is given the Aston Villa manager job, Ashley Young may continue in his free role behind the striker.

In that scenario, there would be a place available on the wing, but it remains to be seen who McDonald will select in central midfield once Milner departs. Stuart Downing is currently the first choice option on the left, but was mooted as an option in the middle at the beginning of his Villa career.

That would leave Marc Albrighton and Grosicki to fight for a place on the flanks – both of which are right footed. Still, Ashley Young performed well in the same role, despite his right foot being the stronger.

Aston Villa seem to be in a transitional period – not least because of the shock departure of Martin O’Neill – but in the performances of youngsters such as Ciaran Clark and Albrighton, and the signing of promising young internationally capped talent, there is certainly reason for optimism. 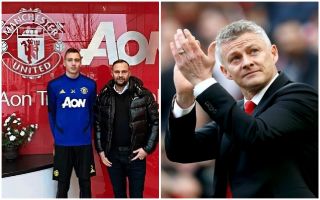