City hero passes away after battle with terminal cancer. 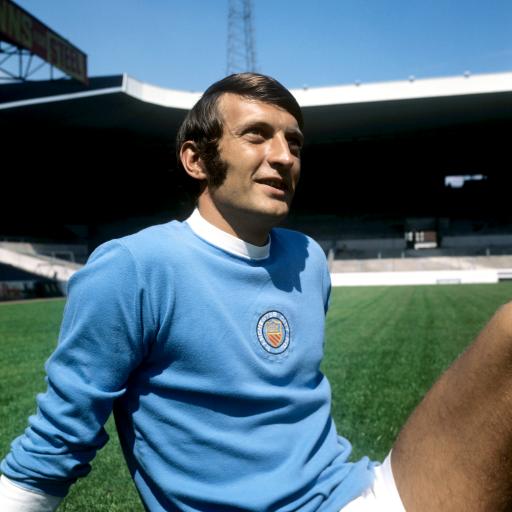 Former Manchester City forward Neil Young, scorer of the only goal in the 1969 FA Cup final against Leicester, has died at the age of 66.

Under the guidance of managers Joe Mercer and Malcolm Allison, Young was key to City’s most successful era.
He was the club’s top scorer as they won the old First Division title in 1968 and found the net in the European Cup Winners’ Cup victory of 1970.
Young joined City in 1959 and scored 107 goals in 412 matches for the club.
Raised in the Fallowfield, Young supported City as a boy and signed as an apprentice upon leaving school.

His 19 goals in the 1967-68 season, including two in a 4-3 win over Newcastle on the final day, were crucial as City finished two points clear of city rivals Manchester United to be crowned champions – the last time they won the title.

Despite his success with City however, Young never followed team-mates Francis Lee, Colin Bell and Mike Summerbee into the England team.

After 13 years with the club and with his first-team chances dwindling, he signed for Preston in 1972, playing at Deepdale for two seasons before retiring after a brief spell with Rochdale.

“He will be sadly missed by his wife Carmen, family, friends and everyone connected with the Manchester City,” read a statement on City’s website.

The current Manchester City team paid tribute to Young, who had been diagnosed with terminal cancer earlier this year, ahead of January’s FA Cup tie away Leicester.

The players donned replicas of the shirt worn in the 1969 FA Cup final while the visiting fans, many of whom wore red and black scarves, turned their backs on the action in the 24th minute – the time of Young’s FA Cup-winning goal.

A fitting tribute paid with this video.