Eastlands boss wants Zlatan Ibrahimovic from the Nou Camp and will give them star name in return. 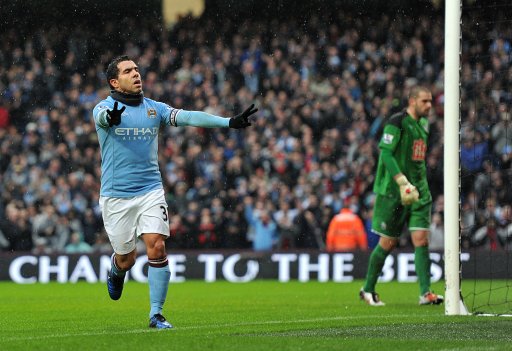 Manchester City boss Roberto Mancini has lost patience with striker Mario Balotelli and will axe him from Eastlands this summer unless there is a dramatic ­improvement in his behaviour.

And the ruthless Italian coach has made Zlatan Ibrahimovic his No.1 target as he gets set to go on another multi-million pound spending spree.

Mancini is a huge fan of ­Ibrahimovic’s and reckons he would be a huge hit in the Premier League.

The Swedish international is on a season-long loan at Milan from Barcelona and has scored 14 goals in 26 games for the Serie A giants.

Milan chiefs have an option to buy Ibrahimovic in a £26m deal, but Mancini is convinced he can outbid Milan and lure the former Juventus and Inter Milan star to City on a deal worth around £200,000 a week.

The 29-year-old has hinted he would be interested in a switch to English football and believes big-spending City could be on the verge of being a major force.

But a potential move to Manchester will all depend on what Mancini decides to do with Balotelli and City securing a top-four finish this season.

Sorry to break the news to our friends at the Daily Star but they got this rumour slightly wrong.

Roberto Mancini will atempt to bring Zlatan Ibrahimovic to Eastlands this summer, but Barcelona manager Pep Guardiola does not want Mario Balotelli.

Guardiola hates having tempestuous characters in his dressing room who could upset the balance of his squad.

When he first took over at the Nou Camp he got rid of the big-name ‘charlies’ such as Samuel Eto’o and Ronaldinho.

Guardiola does not want another one in Balotelli.

But the Barca boss would take another City striker – Carlos Tevez.

Tevez handed in a transfer request earlier in the season (before withdrawing it) amid problems in his private life.

He wants his family to join him in Europe but the mother of his children will not move to a country so unlike Argentina.

Rumours keep circulating that Tevez will quit Manchester this summer and hopes a move to Spain will entice his family over.

Mancini will be unhappy to lose his captain but will be satisfied if he gets Ibrahimovic in return.