Portman Road teenager does not want to go to the Emirates or Anfield – yet! 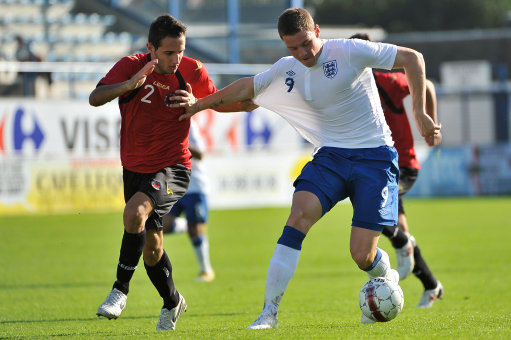 Ipswich Town striker Connor Wickham has dismissed speculation linking him with a move away from Portman Road and has committed himself to the club.

The 17-year-old was named Football League young player of the year and wants to continue his development under manager Paul Jewell.

But his impressive performances have not gone unnoticed in the Premier League with Arsenal, Tottenham, Liverpool and Manchester United all set for bids.

But Wickham is keeping his feet on the ground and wants to learn from the people around him.

“To be that highly-rated is amazing, but all I can do is keep working hard on my football,” he said.

“I am signed to Ipswich for the next few years, and I am concentrating on that.

“I want to work hard for Ipswich and get them to the Premier League. Hopefully we can do that.

“This season is really going to plan,” he added.

“Last season ended on a high and the start of this season didn’t get off to a great start but it is nice to get back on track and achieve what I have this season.

“To play football for England, and to win the awards I am winning, shows I have the right people around me – I am taking all the advice on board and using it to my advantage.”