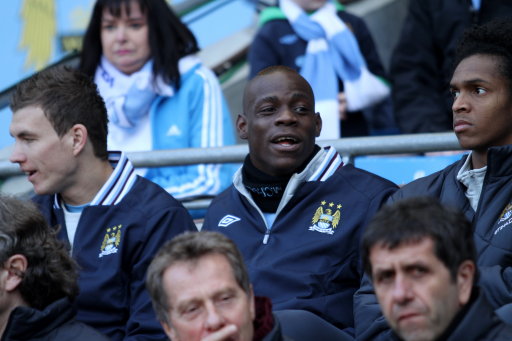 AC Milan remain favourites for the ex-Inter striker, who is expected to be dumped by City in the summer.

However, his former coach at Inter, Jose Mourinho, is also watching developments, according to Milan sources.

Tottenham are also being linked with the Italy international, though those close to Balotelli say if he is to leave City, it will be to return home to Milan.

Is Harry Redknapp’s love of playing the transfer game really likely to stretch as far as to make a move for troubled Italian Mario Balotelli? Tottenham’s current quartet of strikers have struggled badly to find the back of the net in Premier League action this term. Peter Crouch, Roman Pavlyuchenko, Robbie Keane and Jermain Defoe have netted just 11 Premier League goals between them this term and as a result the White Hart Lane boss is reportedly frantically searching for new additions.

Recent comments from Roberto Mancini suggest that he too has ran out of patience with the 20 year old former Inter Milan man and interest from Real Madrid would be surprising as Jose Mourinho would surely no better than most just what a disturbing influence Balotelli can be in the dressing room.

Even a move to AC Milan would make little sense given the myriad of striking options available to San Siro boss Massimiliano Allegri.