Upton Park boss would is keen on Old Trafford pair. 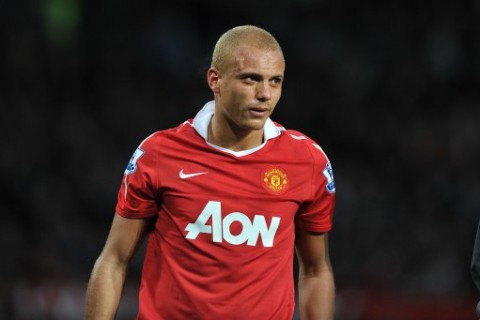 West Ham are planning a hopeful summer swoop for Man United pair Wes Brown and Michael Owen. The East London side’s co-owners are keen to provide significant funds to beef up the club’s squad if they manage to avoid the dreaded drop to the Championship this season.

Avram Grant will hope that he is still in charge if they do retain their Premier League status and he will then push for an injection of transfer funds so that he can offer Old Trafford striker Michael Owen a deal that would help lure him to Upton Park. The former England man’s Man United contract ends this summer and there are no signs that Sir Alex Ferguson will renew the deal due to both his continuous injury issues and the fact that Javier Hernandez has made a seamless transition to Premier League football.

West Ham have a number of attacking options but have still managed to net just 36 Premier League goals this term and they are hopeful that a fully fit Michael Owen would be an effective attacking weapon and the promise of regular first team football and a move to London may appeal to the 30 year old. Currently Carlton Cole and Frédéric Piquionne plus on loan strikers Victor Obinna, Demba Ba and Robbie Keane are the club’s attacking options with the top scorer among them only yielding six Premier League goals this season.

Wes Brown has a year left on his current deal but a falling out with Sir Alex Ferguson has left many to believe that the defender could be on his way out of Old Trafford and West Ham are just one of many clubs interested in the adaptable 31 year old who is apparently available for around £5m.

The one club man has amassed over 350 appearances for Man United and has a vast amount of high level experience and that is why the likes of Tottenham and Everton are also said to be interested and Grant is looking for a reliable player to beef up his defence.