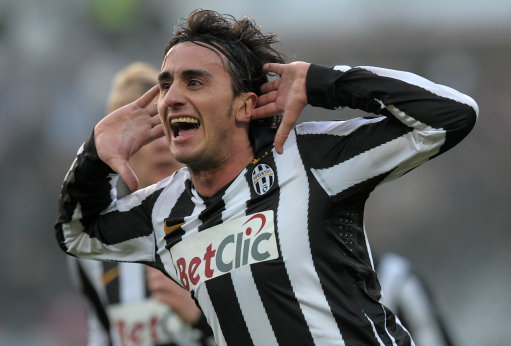 Juventus are trying to negotiate the permanent signing of Alberto Aquilani from Liverpool, but they want a significant discount.

La Gazzetta dello Sport claims dialogue has been opened between the two clubs as they attempt to resolve Aquilani’s future following his loan move to Italy last summer.

The 26-year-old’s current terms expire in June, and while there have been suggestions over a stay in Serie A, the sticking point surrounds his price.

Liverpool want around €16 million for him, but the Bianconeri are only willing to stretch to €12m as they try to bargain on the option they have to sign him as part of the loan agreement.

This may be a deal that Liverpool accept in order to free up funds in the summer. Juventus are clearly trying to get as good a deal as possible and the Merseyside club is under no compunction to sell at anything less than their asking price, however if Alberto Aquilani has set his sights on a move to the Turin side it may make the most sense to complete the deal to avoid a lack of interested bids at a later date.

Clearly the 26 year old Italian international has a great deal of talent but it seems that Kenny Dalglish is willing to let the former Roma man leave the club, because if he didn’t want to offload the midfielder then he clearly would not have set any asking price.

The Anfield midfield has improved a great deal since Roy Hodgson left the club. Raul Meireles and Lucas have both shown an up turn in form and Steven Gerrard, when fit, has had more of an impact than he did under the past regime.

There are thought to be a few other Liverpool squad members set to be sold this summer with the likes of Joe Cole, Milan Jovanovic, Philipp Degen, Paul Konchesky set to leave and Emiliano Insua unlikely to be offered a new contract when his deal runs out in the summer.