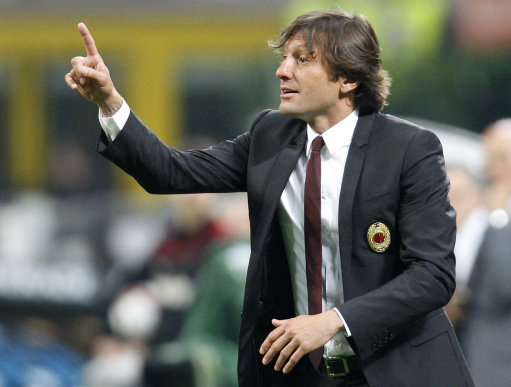 Inter Milan are reportedly planning big money moves to capture both Arsenal and Man City’s captains. According to Italian source Calcio Mercato the San Siro side are willing to shell out £70m to secure Cesc Fabregas and Carlos Tevez and new boss Leonardo looks to freshen up his Serie A side this summer.

This source suggests that president Massimo Moratti will fund the moves by selling a number of the club’s expansive squad in order to make significant bids that the Italian giants will hope will lure either Premier League side to sell their prized assets.

Arsenal skipper Cesc Fabregas has been the subject of much interest from Barcelona in recent years as the La Liga side attempts to buy back their former youth team player and hitherto Arsene Wenger has managed to keep the Spanish international from their grasp but now faces interest from Inter Milan who could be a tempting destination for the 23 year old midfielder.

Having seen the Gunners miss out on any silverware for five seasons, Arsene Wenger could face a battle to keep his top stars at the club if Arsenal do not wrestle the Premier League crown from Man United this season. There is also apparent interest in other Emirates stars with the likes of Andrei Arshavin, Samir Nasri, Robin Van Persie and Gael Clichy all linked with interest from Spain, Italy and Germany.

Roberto Mancini may have a similar problem keeping Carlos Tevez at Eastlands this summer. If Man City do fail to clinch a top four spot then those problems may become insurmountable and Inter Milan’s interest will surely tempt the Argentine international who has been in sparkling form at the club since his arrival in July 2009.

Tevez has become a pivotal part of Mancini’s plans and he can ill afford to lose the former Man United and West Ham man, but another season without Champions League football could be the last straw and the rocky relationship between the striker and his Italian manager has been well documented.

Leonardo’s arrival at Inter Milan came as the club were experiencing new lows after a disastrous spell under Rafa Benitez. However the Brazilian has steadied the ship and a good run of form has left the Nerazzurri back in the title hunt and there is a air of positive expectancy at the club, even after their shock drubbing at the hands of Schalke.