Anfield boss wants the tragic events of Hillsborough to never be forgotten. 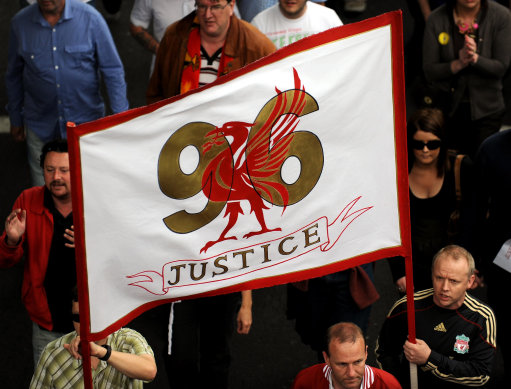 Liverpool manager Kenny Dalglish feels the families of of the 96 Liverpool supporters who lost their lives at Hillsborough are closer to obtaining justice.

The Anfield boss will be leading the mourners at the memorial service to mark the 22nd anniversary of the tragic events.

No-one was held accountable for the disaster and the families have been campaigning for all the evidence of the case to be revealed.

The bishop of Liverpool, James Jones, is chairing a panel that is investigating previously unseen witness accounts of the events, with a report to be completed later this year.

Dalglish was manager of Liverpool that day and is sure the families will get the answers they are searching for.

The Scot helped the club deal with the aftermath of Hillsborough and believes it is important that those who died are remembered by everyone associated with the game.

“I think it’s getting closer to some positive news for the families, but it has taken a long time to get to this point as well,” Dalglish said.

“Two years ago Andy Burnham [then secretary of state for culture, media and sport] came up to the memorial service.

“He promised he would get access to papers not due to be released for another three or four years and to the man’s great credit he has done that.

“They have got access now to some papers that they’ve never had before and have now got to file through them and that’s why I’m saying it’s getting a bit more positive for the families.”

“I don’t think what happened there will ever be removed from anybody and neither should it,” he added. “I don’t think anybody should ever forget it.

“I suppose the people who were there are the ones who have the strongest opinion on it.

“There are people now passing an opinion on things but I’m sure had they been there they would have a different opinion.

“For ourselves also, it has been that long that there is a generation of our supporters now who know about it but obviously weren’t there. I’m sure it is to the forefront of their minds as well.

“Everybody knows what it means to the football club and everybody knows how difficult it is for the people who lost someone there.

“The sooner they get the justice for themselves, the happier they will be and we all will be for them.”