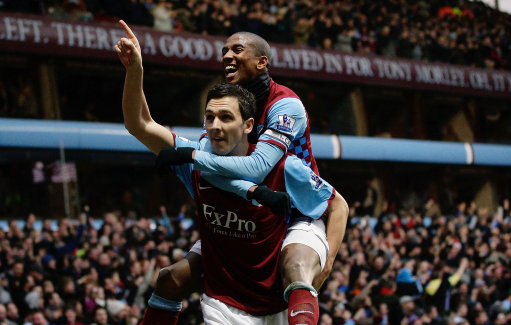 Liverpool are preparing for a summer shake-up as boss Kenny Dalglish and director of football Damien Comolli draw up a list of targets which the club’s owners are set to finance bids for. The Merseyside club is looking to bring in natural wide options as well strengthening their defence as they look to challenge for a top four spot next term.

Aston Villa’s Stewart Downing is now seen as the Anfield club’s top left wing target and Liverpool will hope that the Midlands side’s poor season could help to tempt the England international into making the move away from Villa Park.

Liverpool are also said to be looking for a new left back and whilst youngster Jack Robinson has impressed, at 17 the Warrington born full back is not seen as ready for a regular first team spot. Top targets to fill the spot are Newcastle’s Jose Enrique and Everton’s Leighton Baines.

Kenny Dalglish has also set his sights on three in form Premier League stars in Charlie Adam, who has been inspirational for struggling Blackpool and is looking to beef up his central defensive options with a move for either Blackburn Rovers teenager Phil Jones or Bolton centre back Gary Cahill.

Damien Comolli has spread the net wider and has identified two young French international’s who he believes can be lured to Liverpool this summer.

Paris Saint-Germain defender Mamadou Sakho is a long term Arsenal target but Comolli will hope that his contacts in the country will help to win the race for the powerfully built adaptable defender who can play at left back and in the centre of defence.

Rennes midfielder Yann M’Vila has also been earmarked as a player who could be targeted and though the 20 year old French international has stated he has no immediate desire to leave his Ligue 1 side, he may well still be tempted by a move to the Premier League, where he is also been linked with moves to Arsenal and Everton.

To help finance these big moves in the transfer market a number of squad players could be sold. The likes of Paul Konchesky, Christian Poulsen, Joe Cole, Milan Jovanovic, David Ngog and Alberto Aquilani could be offloaded to help trim the club’s wage bill and to generate funds for new additions.