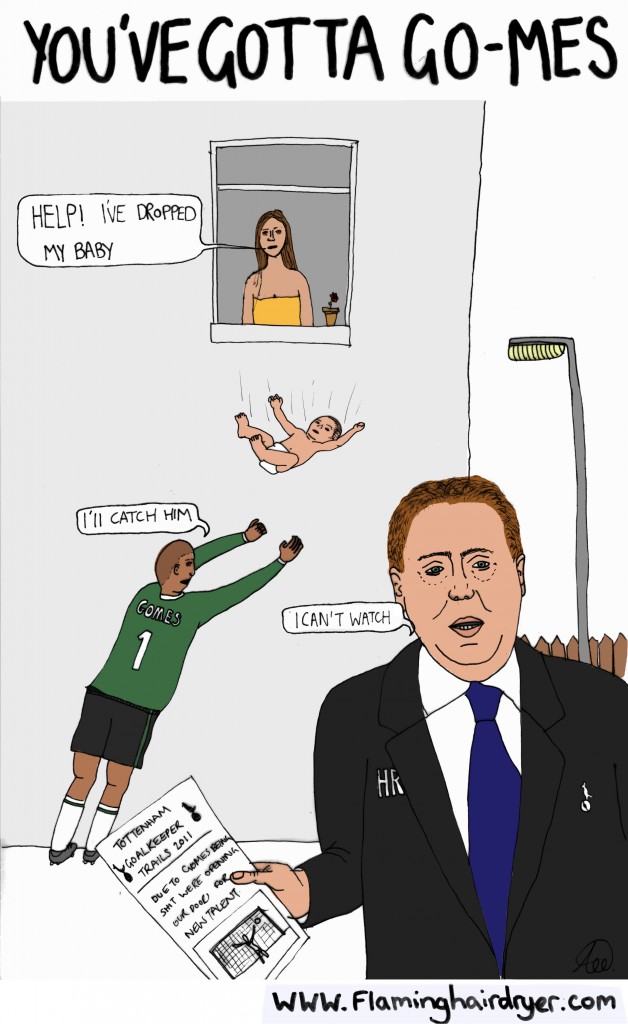 Tottenham’s hopes of qualifying for the Champions League were extinguished last weekend as Heurelho Gomes added to his long list of goalkeeping gaffes.

Chelsea were allowed back into the game thanks to a costly error by the Brazilian keeper in which he fumbled an ambitious shot from Frank Lampard after Spurs had led for the majority of the first half.

The mistake has fuelled suggestions that Tottenham need to sacrifice Gomes for a more consistent keeper if they want to retain their status as a top Premiership side.

Gomes made a similar high profile error in the second leg of Tottenham’s Champions League quarter final match against Real Madrid which ended any hope of a miraculous comeback.

After the game he admitted ‘This was not my first mistake and I know it will not be the last’ and his words have rung true.

Despite his shortcomings Harry Redknapp has spoken out to defend his gaffe prone keeper.

‘He’s a top goalkeeper. He had a little dip in form when he first came but we stuck by him then,’ said Redknapp. ‘We have to back him up and get Tony Parks (goalkeeping coach) to keep him believing.’