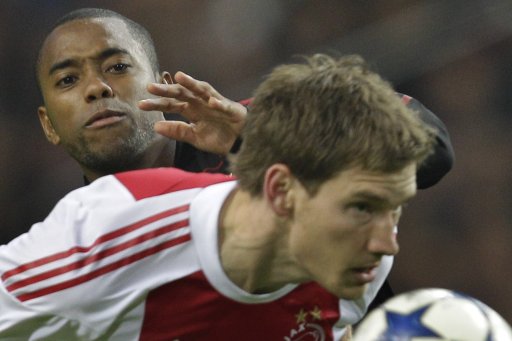 Manchester City have joined Arsenal in the race for Ajax’s £15.8million defender Jan Vertonghen, according to his manager Frank de Boer.

City boss Roberto Mancini has been to see the 24-year-old play on several occasions and has been so impressed he is willing to blow any other bids out of the water.

He last went to watch the Belgium international during Sunday’s Dutch Cup final, which Ajax lost 3-2 to FC Twente.

Vertonghen is contracted until 2013 but has admitted he is tempted by a move at the end of the season, while his club are happy for him to go if the money is right.

The centre-back was heavily linked with a move to Arsenal in January but the deal never materialised.

De Boer says City will follow up their interest with a concrete bid in the summer.

“(Assistant coach) Danny Blind told me that Mancini was at the stadium and I know that Manchester City are interested in signing him,” he told De Telegraaf.

“Add one and one and you get two.”