Anfield boss to put pen to paper before last game of the season. 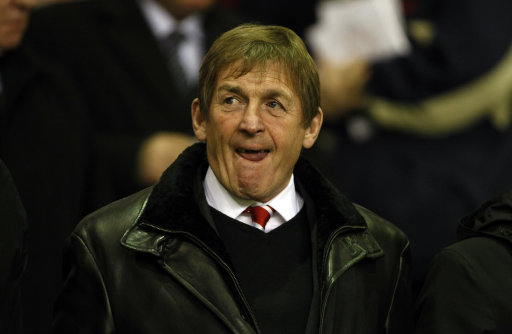 Liverpool are expected to confirm within 10 days that Kenny Dalglish will be their permanent manager, with his 11 wins in 21 games, which have driven the club up the table, convincing the club’s American owners to put their trust in him ahead of their venture into the transfer market this summer.

Though negotiations between the two sides are not yet complete, Dalglish’s appointment may be confirmed before the last game of the season at Villa Park, where Ashley Young and Stewart Downing are two of the prime summer targets as the side seek to compete at the top of the table again. Liverpool are believed to be in a strong position to secure the £12m Young, whose contract expires next summer.

Liverpool’s owners, Fenway Sports Group (FSG), are keen to avoid a repeat of the problems which beset Liverpool last summer, when the drawn-out departure of Rafael Benitez meant it was 1 July, 28 days before the start of the club’s Europa League campaign, when Roy Hodgson was appointed manager.(Independent)

Liverpool’s Premier League record since the turn of the year is second only to Chelsea and that coupled with the general adoration Kenny Daglish is afforded at Anfield, has seen supporters clamouring to see FSG offer the caretaker boss a permanent deal. Indeed some have wondered why the process has been allowed to drag on for so long and indeed some have even suggested that there were a number of issues the Scot wanted cleared up before he takes the post full time. Some of the claims gleaned from various sources are as follows.

1) Dalglish wants to make sure that he has final say on any transfer purchases and that director of football Damien Comolli is merely a conduit and scout for such deals.

2) The caretaker boss also wants assurances in regard to funds for transfers for next season.

3) The length of contract Dalglish wants is for four years but co-owners John W Henry and Tom Werner initially only offered a two year deal.

4) Dalglish wants any contract to explicitly refer to him as “King Kenny”.

OK, we made the last one up.

In all seriousness it does seem that things are looking a hell of a lot rosier for Liverpool post-Hodgson but the real reason for that is probably not the poor spell the former Fulham boss was at the helm for but more because of the crass ineptitude of former owners Tom Hicks and George Gillett.

The new signings Luis Suarez and Andy Carroll have both made an impact, with the Uruguayan in particular looking the part. The emergence of youngster Jack Robinson, Martin Kelly and John Flanagan bode well for the future and the vast improvement shown by the likes of Lucas, Raul Meireles, Maxi and Dirk Kuyt have shown that perhaps the squad wasn’t as average as it looked under the last season of Benitez’s reign and the first half of this campaign.