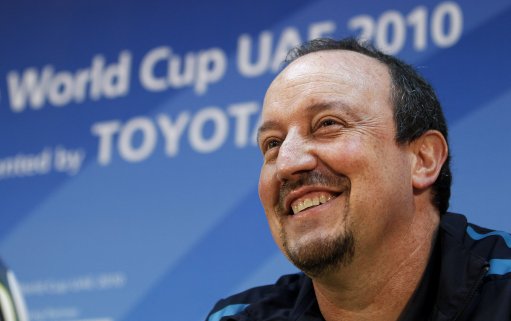 The News of the World reports the Ewood Park owners, Venky’s, want a big name manager to attract the stars that would boost their profile.

The Indian chicken company controversially sacked Sam Allardyce earlier in the season and replaced him with coach Steve Kean.

The Scot has struggled as manager and only secured Premier League status on a dramatic final day of the 2010/11 campaign.

Blackburn have been linked with a number of big names, notably Ronaldinho, David Beckham and Ruud van Nistelrooy.

But none of the moves materialised and the owners believe it would be easier to sign these players if they had a manager with Benitez’s reputation.

But the Lancashire club will face competition for the Spaniard’s signature from Aston Villa who themselves are looking for a new boss.

Gerard Houllier is unlikely to return to first-team duties after his heart problems and could be given a director of football role.

But Benitez will not be happy about giving over control to the Frenchman and Blackburn hope to take advantage.