The winner of this eliminator match will move onto Qualifier 2 for a place in the Indian Premier League final. 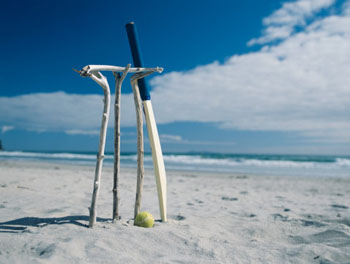 This tie has more of a quarter-final feel to it with the winner having to play against the loser of the first play-off between Chennai Super Kings and Royal Challengers Bangalore.

Mumbai snatched a five-wicket victory off the last ball of the match against Kolkata after Franklin and Ambati Rayudu smashed 23 off the final over.

The defeat eluded Kolkata of a second place finish, which would have given them an advantage of playing two games in the play-offs.

Tendulkar, Rayudu and Rohit Sharma are the only consistent performers for Mumbai while other big names Kieron Pollard and Andrew Symonds are yet to join the party.

In the bowling department, Lasith Malinga has been the only consistent and successful story. Others have performed in bits and pieces.

Kolkata, on the other hand, are high on confidence for the way they played and dominated the last game against Mumbai, until the last over.

The top-order comprising skipper Gautam Gambhir, Jacques Kallis and Manoj Tiwary have scored runs consistently and will aim to continue the good work.

Kolkata are favourites but expect a masterclass from Tendulkar in front of his home crowd. Mumbai to sneak through.

Kieron Pollard: Not his best IPL season so far but with a $2.2million valuation Mumbai have stuck with him. Pollard will justify his expense if he inspires, with bat and ball, his team to victory.

Yusuf Pathan: Pathan has performed with the bat but only come up with the bowling goods spoardically. A huge performance here and Kolkata will be in Qualifier 2.