England have been set rather a high total by Sri Lanka in the first Test Match of their series. 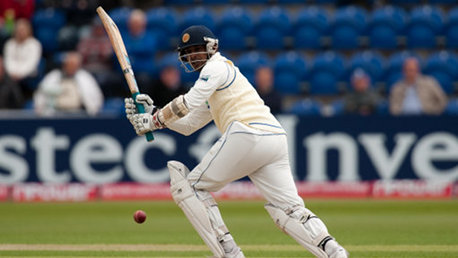 England will have a large score to chase in the First Test match against Sri Lanka at the SWALEC Stadium in Cardiff, with four opposition batsmen scoring over fifty.

Paranavitana and Dilshan managed an opening partnership of over 100 between them, while Samaraweera and Prasanna Jayawardene also scored decent totals.

The Sri Lankans finished for afternoon tea at 316-6, and will be rightly proud of their display.

England were encouraged by the form of James Anderson, who managed to get three wickets, but there were not many other positives to be taken from the display.

Ultimately they appeared surprised by the quality of the opposition, who perhaps they underestimated.

The quest to become the top ranked nation in world cricket continues.